Last night in Melbourne, the world of tennis was changed forever…and in the same moment inspired for years to come.

Long-time Wilson Advisory Staff Member and the “Greatest of All Time” Men’s Singles player Roger Federer set a new Grand Slam record at this year’s Australian Open. As the only player to achieve 20 Men’s Singles Champion Grand Slam victories, Roger Federer has written a new page in tennis history as he continues to awe players and fans alike at the start of the 2018 ATP season.

Only 20 of these commemorative Grand Slam Platinum Edition Racket Packages have been created, each individually numbered (one through 20) and autographed by Roger Federer following his championship win.

Along with the limited edition platinum Pro Staff RF 97 Autograph racket, each package includes a Roger Federer-signed Australian Open Wilson tennis ball and a premium box to display this commemorative racket and ball. The Package also includes as a series of mini-posters documenting Federer’s 20 Grand Slams titles, a photo of Roger Federer holding the commemorative racket and the certificate of authenticity. 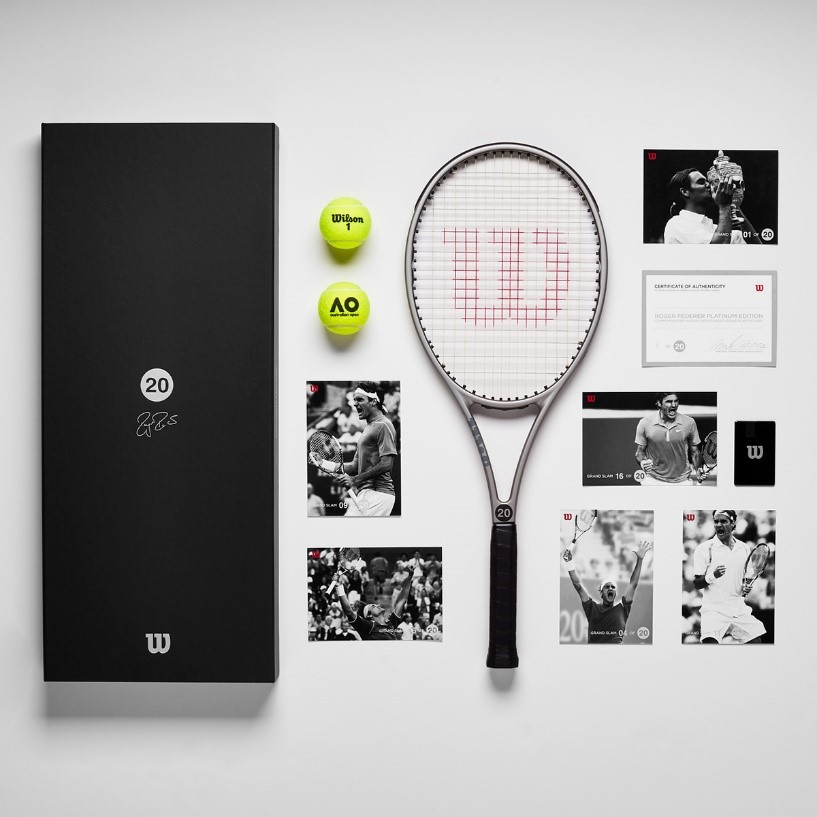 The 20th Grand Slam Platinum Edition Racket Packages will go on sale on Monday, January 29th at 12 PM Eastern Standard Time (US). There are several ways fans can purchase one of these Packages:

You may also like...
Related Topics:Australian Open, gear and accessories, Roger Federer, Wilson