As I was organizing my tennis bag, I realized I have a LOT of stuff – and this is just my winter stuff. Check it out…the first photo is my bag. It’s pretty big because, well, I carry a lot of stuff.

In one section, I have five Prince tennis rackets. Yeah… Five. And they’re all identical, and 3 (with the blue overgrip) are strung for more control, and 2 (with the white overgrip) are strung for more power. I carry five at a time, mainly because I have room for them, and because there is nothing worse than breaking a string in the middle of a match and having no backup racket. I also have five rackets because this particular one works for me, and since tennis rackets are updated more frequently than iPhones, I bought as many as I could find before they were gone. 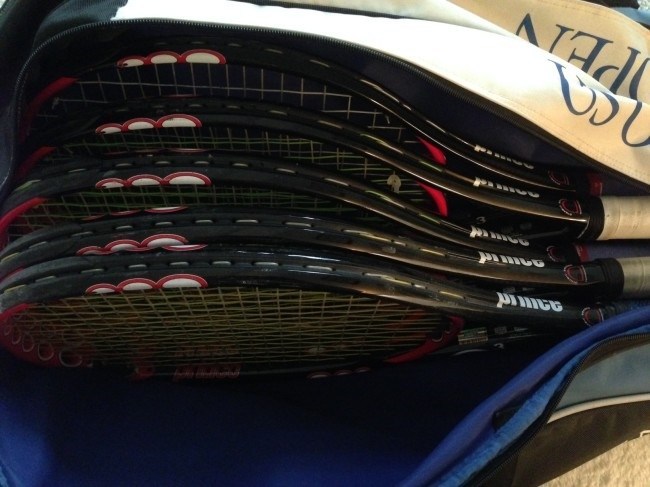 In the other section I have all my stuff which I may or may not end up needing, but is always good to have on hand: 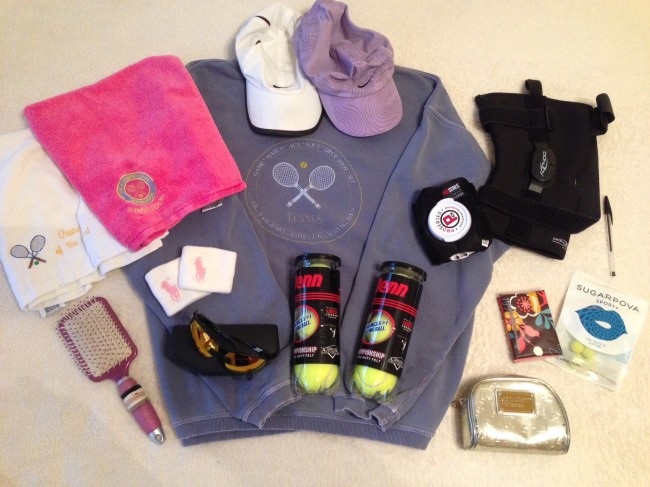 RELATED:
Saint Laurent Rive Droite And Wilson Unveil Their Black And White Tennis Racket With Matching Cover, And It's So Haute!

Alrighty then… I showed you mine, so you show me yours ;-)

You may also like...
Related Topics:gear and accessories, league tennis, tennis bags