World No.7 Alexander Zverev is enjoying his tennis in Acapulco, Mexico. The German is through to the finals and will play fellow top 10 player, Stefanos Tsitsipas. But en-route to the final he experienced something which is frightening, and that has happened a very few times in international sports.

While playing fellow German, Dominik Koepfer in the semifinals, the city of Acapulco experienced an earthquake. As the players were playing, the broadcast camera shook for a few seconds. And as the rally ended, both the players looked a little confused but amused, and didn’t know what was happening. 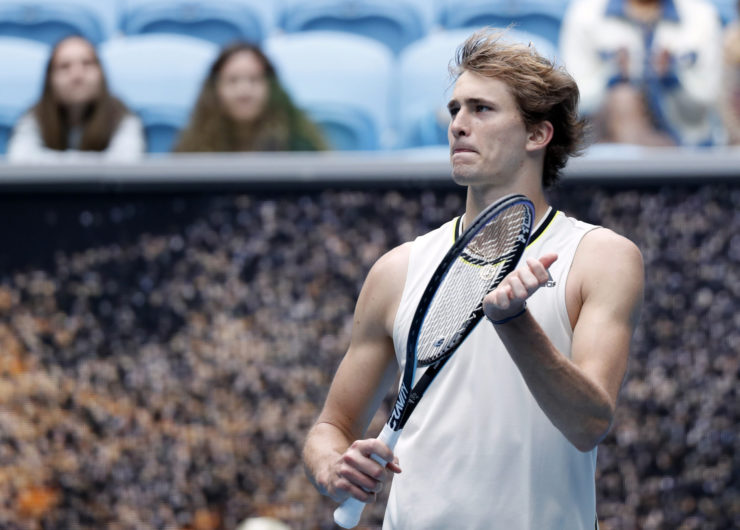 The players, officials, and crowd were surprised, and the play was halted momentarily. The pause in the match was small and quickly the match was back to normal. But this is not the first time a mid-match earthquake has happened. Back in 2011 US Open play was halted because of mild tremors.

The clip shared by ATP shows that the players played through the tremors. After their rally ended, they paused for a while as everyone tried to understand what happened. The mild earthquake struck during the first game of the second set. Zverev had already taken the opening set. And later won the second set as well, to book his spot in the final.

The commentary team was also surprised and thus clarified that the camera was shaking because of a mild earthquake.

What was the magnitude of the earthquake?

The earthquake was measured at 5.7 magnitudes on the Richter scale. 5.7 magnitude earthquake is generally regarded as moderate. But as the epicenter was far from Acapulco, the tremors weren’t significant and thus there was a mild jolt before the play was back on.

RELATED:
Roland Garros Responds To Coronavirus Threat: It Will Go On, But Seats May Be Empty

Nevertheless, the top two seeds will face off in the finals of the Acapulco Open. Zverev is yet to drop a set in the tournament, whereas Tsitsipas has looked comfortable. It will be fierce competition among the next-gen stars.

Novak Djokovic Joins Rafael Nadal and Roger Federer On The Sidelines As He Withdraws From 2021 Miami Open
“F**king A**hole”: Vasek Pospisil Pops Off About ATP Chairman During First-Round Loss at Miami Open 2021