If you could have forehand with the low altitude of a flat shot and the quick descent of topsin would you take it? Well the truth is that I know how to teach this stroke but I can’t give it away.

I am a 64 year old tennis instructor who came late to the game. On the South side of Chicago, tennis was considered a white boy sport.  The only real sports  in my neighborhood were basketball, football, and track, in that order.

I didn’t start playing tennis until I was 27 years old. I eventually learned how to play well and earned an associate tennis instructor certification. I studied the game to the point of reading about the physics of the ball rotation. At my certification training, I learned about the rising socket, shrugging your shoulder one side to enhance your slice approach.

I am a guy that likes to think outside if the box. I decided to try the rising socket to generate a topspin forehand. Traditional forehands are loopy and they give your opponent time run under them. I wanted a topspin shot that would stay low after the bounce so that my opponent had no time to run underneath it.

The  flatspin stroke starts like a flat shot that is even with the level if the ball. Just as you are about to hit the back of the ball, you do a super quick one side shoulder shrug, rub-up, to impart topspin on the ball. The ball stays low to the net but it dips down quickly so that it doesn’t easily go out of bounds. You get the best of both worlds with a penetrating low shot with as much power as you can imagine.

I might as well be a snake oil peddler, because the pedigreed tennis experts keep telling me the tennis world is either flat or topspin with no in between. Since I am a tennis nobody, I have to sit back and watch players like Madison Key knock the snot out if the ball, yet she has to be careful of her velocity and height over the net or the errors start to creep in. Flatspin would make Madison into Agent 008 with a license to kill.

RELATED:
Do Parents Have An Impact On The Tennis Results Of Their Kids?

If only the tennis world were flat… spin. 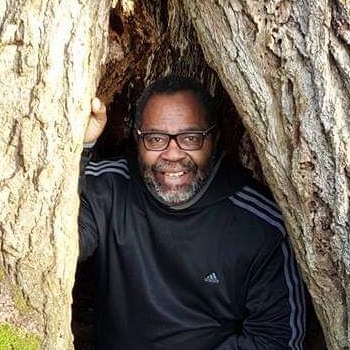 In 1955 I was born on the southside of Chicago, IL. We moved to Harvey, IL and at the tender age of 9 I discovered basketball. For the next 22 years, I ate slept and drank basketball, first trying tennis on a dare in college and I sucked. I immediately declared it a non sport. At 27, I finally started playing tennis and the hitting wall became my best friend. I obsessed with getting better, and at the encouragement of my first student, my wife, I got my tennis teaching certificate. For a while I taught youth tennis for several local municipalities in the Seattle, WA area. Now I work a job as a full time telecommunications engineer, teaching tennis part time on the public tennis courts.

More of Eric Clayton’s tennis wisdom can be found in his book, Tennis From A Nobody on Amazon. His book presents novice players with an easy understanding of the basics of tennis.

You may also like...
Related Topics:Eric Clayton, everything else, flatspin, guest author, Tennis From A Nobody

Junior Star Gauff Never Lifted Weights But…
OK. Serena Hasn’t Won The Most Grand Slams Of All Time… Yet.