It’s a rainy Saturday morning, which means no tennis. And as I’m sitting here drinking some delicious cinnamon coffee sweetened with a little maple syrup, I’m like, what is better to do when Mother Nature traps me indoors than blog about maple syrup!

That’s right… MAPLE SYRUP. Not just any kind though, but 100% PURE maple syrup.

Yeah, it’s expensive… I get that, but trust me when I say it’s worth it.

BECAUSE IT’S A SWEETENER THAT’S FULL OF BADASS BENEFITS AND YOU ONLY NEED A LITTLE DRIZZLE.

I love how you really don’t need a lot. Just like 1/4 of a teaspoon. Maybe a half if you’re feeling rebellious. And then a little more if you’re adding it to a recipe.

How I like to enjoy this maple-y goodness: on my oatmeal, mixed in with my No-Bake Buckwheat Peanut Butter Energy Bars, in my loaded cinnamon coffee (just a little!), or drizzled on top of a fruit salad with organic Greek yogurt. Yummmmm!

“Maple syrup is one of the many wonders of the world and far more than a simple sweetener. Maple syrup is not only rich in essential nutrients such as manganese as well as zinc, but 34 new beneficial compounds, discovered just a few years ago, have been confirmed to play a key role in human health.

The process of making maple syrup is an age-old tradition of the North American Indians, who used it both as a food and as a medicine. They would make incisions into trees with their tomahawks and use birch barks to collect the sap. The sap would be condensed into syrup by evaporating the excess water using one of two methods: plunging hot stones into the sap or the nightly freezing of the sap, followed by the morning removal of the frozen water layer” (source.)

I WANT TO COLLECT SAP TO MAKE SYRUP. Seriously… what a cool hobby!

And now in 2017, what do we do to this deliciously natural syrup? We go and jack it up by either adding a bunch of fake crap to it and completely strip it of all its benefits, or we just create totally FAKE syrup.

Take the ever so popular “Aunt Jemima” brand for instance. I don’t see any MAPLE SYRUP listed in the ingredients at all… do you? Granted, it’s labeled “Original Syrup”, and not “Maple Syrup”, but the company does its best to make it look, smell, and taste like maple syrup, right? YUCK!!!!! 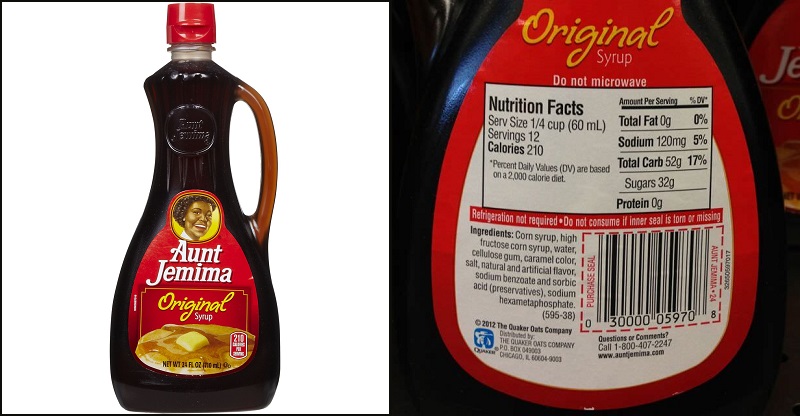 ♥  Minerals such as zinc, thiamine, and calcium
♥  Seeram (an awesome antioxidant)
♥  It’s also known to have anti-cancer, antibacterial, and anti-diabetic properties
♥  Boosts the immune system
♥  Less likely to cause indigestion than any other sweetener
♥  It also contains: iron, magnesium, phosphorus sodium, AND potassium!

RELATED:
What Every Woman Over 35 Ought To Do The Day Of A Tennis Match

So before you run out and accidentally buy a big ol’ bottle of brown processed sugar, read this great post that gives all the deets on FAKE maple syrup and helps you get acquainted with what NOT TO BUY.

My personal fave brand is Maple Grove Farms “Grade A” 100% Pure Maple Syrup. It’s a special grade of syrup that’s all-natural and organic… none of that fake crap. And it’s not as expensive as other pure syrups. (Yeah… my coffee cup is freakin’ HUGE, lol!) 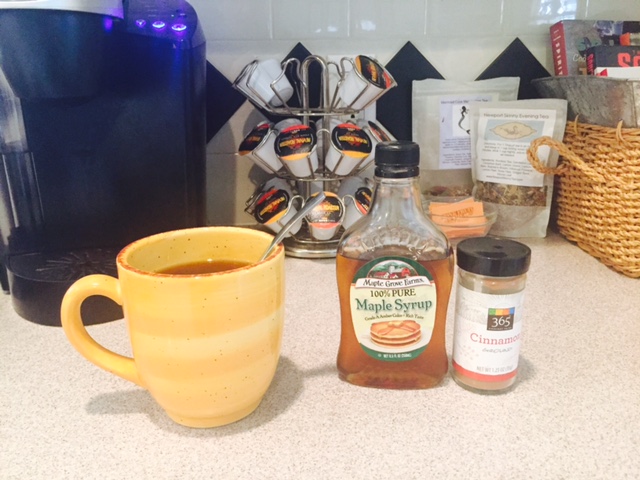 You may also like...
Related Topics:antioxidants, health and wellness, immune system

What All Tennis Players Need To Know About Heat Exhaustion
Here’s A “Scent-sational” DIY All-Natural Bug Spray To Keep Those Pesky Mosquitoes Away!