Former World No. 1 Serena Williams has played tennis for most of her life, starting when she was barely five years old. Today, 34 years and 23 Grand Slam titles later, the American superstar is one of a handful of professional players still competing after motherhood.

Recently, Serena Williams spoke of all she took into consideration while naming her daughter ‘Olympia’. She always wanted to give her child a name that would help her when she was going through rough moments. At some point in life, everyone struggles, and it is important that one remain tough in those circumstances.
Speaking on this matter, Serena stated,

“When I was pregnant with Olympia, I remember looking at my husband saying ‘okay this is definitely a girl because no boy would be able to handle all the stuff I’m putting this kid through.’… I wanted her to have a name that could help her when she’s facing times of toughness. She’s going to have her own battles and her own struggles that she has to go through.”

Interestingly, Williams revealed that she went through synonyms of the word “strong” to help her select a name, and it was then that she came across the name Olympia. In time, Williams intends to tell her daughter the meaning behind her name.

RELATED:
From The Courts To The Course: Tennis Pros Who Have Caught The Golf Bug

“I felt that what is a name that means strong because this baby is strong, and so I literally looked up synonyms of strong and for names and Olympia stuck out and I wanted her to know that going forward her name is strength. So anything that she may face she can go through it, and although my name doesn’t mean strength it means calm and peace. I felt that it doesn’t matter what your name is, you just got to be strong and go through things and that’s the world we live in, unfortunately. But fortunately, it builds a great character.”

Williams gave birth to Olympia on September 1, 2017. As a matter of fact, she was carrying Olympia during her first trimester when she lifted her 23rd Grand Slam trophy at the 2017 Australian Open. Even today, Olympia accompanies her mother to her training sessions as well as tournaments. 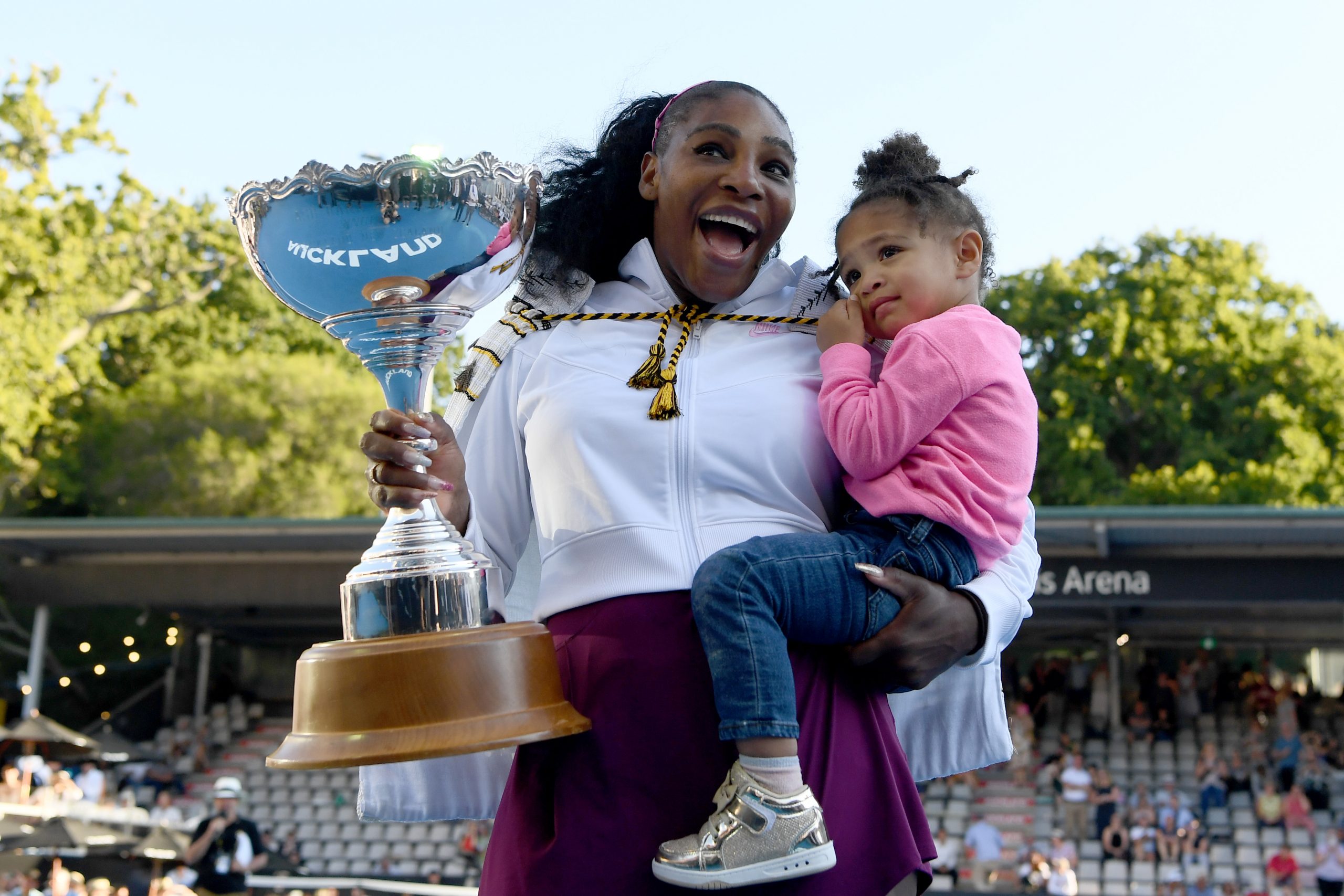 Serena was last seen on the courts at the Australian Open earlier this year, however, she has not played in any tournament since then. She intends to resume her season at the 2021 Italian Open next month.

You may also like...
Related Topics:everything else, featured, Serena Williams, tennis news