It’s official! HEAD, the global sporting brand with a focus on delivering high-performance products across a variety of athletic disciplines, will add another Top 10 tennis professional to its exceptional roster of athletes. That player is none other than the current ATP Number 8 Andrey Rublev, who just signed a multi-year contract with HEAD.

Notably, Rublev was already using a blacked-out HEAD Gravity Pro racquet while he was still under contract with Wilson, but now, he can let the HEAD paint show!

“Andrey is an extremely exciting player. His speed is exceptional and his aggressive game is a pleasure to watch. But we are also impressed with his work ethic and devotion to detail. He is intensely focused on getting better and we are confident that our racquets will help him climb even higher in the rankings.”

Rublev had his breakthrough year in 2020 with five major ATP titles and two Grand Slam Quarterfinals, in Paris and New York. Finishing the year at 41 ATP match wins, he shared first place for the 2020 season with none other than the current World Number 1, fellow HEAD athlete Novak Djokovic. In 2021, Rublev has continued his run with a strong performance at the Australian Open and another ATP title, at the Rotterdam Open. 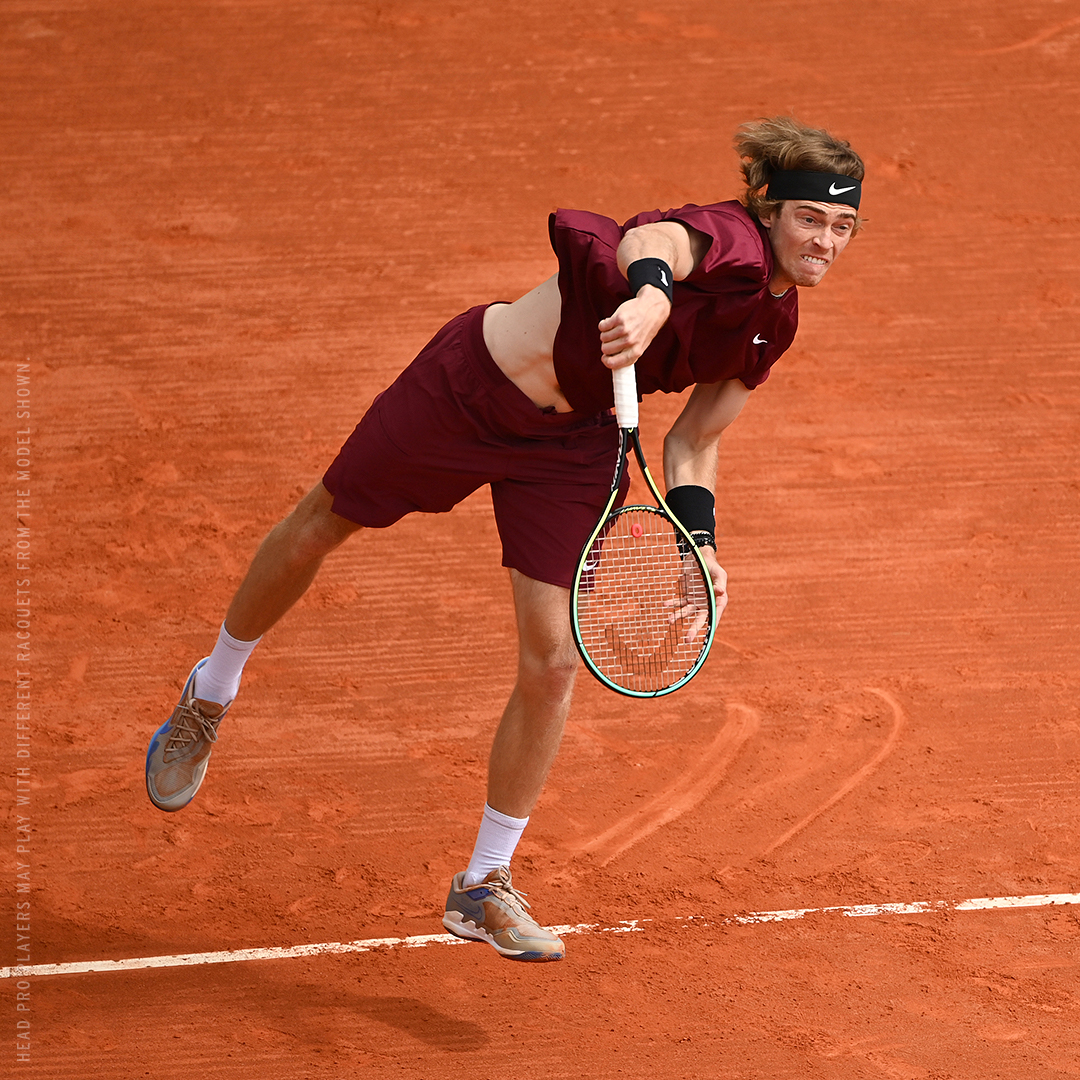 With him on the team, HEAD further expands its dominance of the ATP Tour rankings: Currently, five out of the Top 10 play HEAD racquets. When Rublev recently met with the HEAD team, it quickly became clear that Number 8 would not be the end of the line for the young Russian.

“HEAD is the perfect fit to take my game to the next level. They have decades of experience in delivering world-class equipment to professional athletes and I am convinced that they can help me get better with their racquets.”

Rublev will endorse the HEAD Gravity series, joining WTA Number 1 Ashleigh Barty and Alexander Zverev in an illustrious group that will continue to dominate on the courts for many years to come.