No player has purely dominated a single court the way Spain’s Rafael Nadal has on a clay court. Recently, Greece’s Stefanos Tsitsipas had a funny take on the ‘King of Clay’ on Twitter.

Rafa has earned an incredible 13 French Open titles, which is a record number for a single major tournament. Other than that, he has 11 Monte-Carlo Masters, 11 Barcelona Open, and 9 Rome Masters – all on clay courts. All of those are also the highest number of titles in a tournament in the Open Era.

While fans want more and more from the Spaniard, he has become a nightmare for his opponents. So when one fan asked Tsitsipas what is the one thing he’d like to ban forever, the Greek player knew exactly what he wanted.

Tsitsipas wants to ban Nadal from playing the French Open 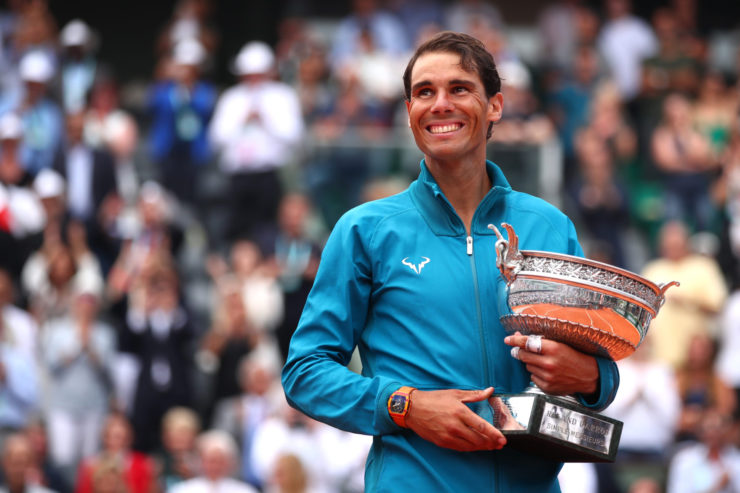 The 22-year-old from Greece has faced Rafa three times on a clay court, but never at Roland-Garros. Of the three times, Tsitsipas has defeated the World No. 2 Spaniard once in the 2019 Madrid Open semifinal.

However, the tennis world is well-aware of Nadal’s indisputable ability on the red surface. Despite being 34, he has been defending his France title for the last four years.

The highest-ranked Greek player who is one of the contenders for winning a Slam knows his biggest threat in Paris. So when Tsitsipas was asked what was the one thing he would like to ban, he promptly said, “Rafa playing at the French.”

Rafa playing at the French

Previously, World No. 4 Russia’s Daniil Medvedev had trolled himself in a similar context. In a video that showed Nadal winning the French Open 2050, the 24-year-old hoped for a single win then.

RELATED:
Serena Williams Designs Her Own Fashion Line For "Confident Women of All Ages," and HELL YES

Nadal and Tsitsipas will meet at 2021 ATP Cup

The Spanish-Greek pair had last met at the ATP Finals in London. Nadal surpassed the defending champion of the tournament in the round-robin stage.

They will likely meet for the first time in 2021 at the ATP Cup in Melbourne Park. As play for their countries there, their battle is expected to raise a bar this year.

While Team Spain is the defending finalist, Team Greece failed to register a single win last year. What’s interesting is that Nadal and Tsitsipas both are known to fight until their last breath.

Fans are gearing up for the blockbuster start of the Australian Open. It will definitely be a show if they meet up as singles’ there.

You may also like...
Related Topics:ATP, Australian Open, everything else, French Open, Rafael Nadal, Stefanos Tsitsipas