Serena Williams said that she was “nowhere near” as good as 15-year-old Coco Gauff when she was that age as the American great reached the Australian Open third round Wednesday despite being far from her best. The 38-year-old, one slam short of Australian Margaret Court’s all-time record of 24 Grand Slam titles, fought off a stubborn Tamara Zidansek to win 6-2, 6-3.

‘A lot of errors’

Serena was never in serious trouble against the 70th-ranked Tamara Zidansek in their second round match at Rod Laver Arena. But the 22-year-old Slovenian put up resistance in the second set with Serena twice failing to break when 40-0 up on her stubborn opponent’s serve.

Eighth-seeded Williams described herself as “frustrated” by her failure to bury her opponent and she half-heartedly saluted the crowd at the end.

“I was making a lot of errors. Probably the most errors I’ve made since the start of the year.”

Serena now faces China’s 27th seed Wang Qiang whom she thrashed 6-1, 6-0 in the third round of last year’s US Open, potentially setting up a showdown with her fellow American, Coco Gauff in the quarter-finals in Melbourne.

Serena, sporting a pair of koalas painted on her nails in light of the devastation of Australia’s deadly bushfires, was mightily impressed by what she saw in “fighter” Coco. 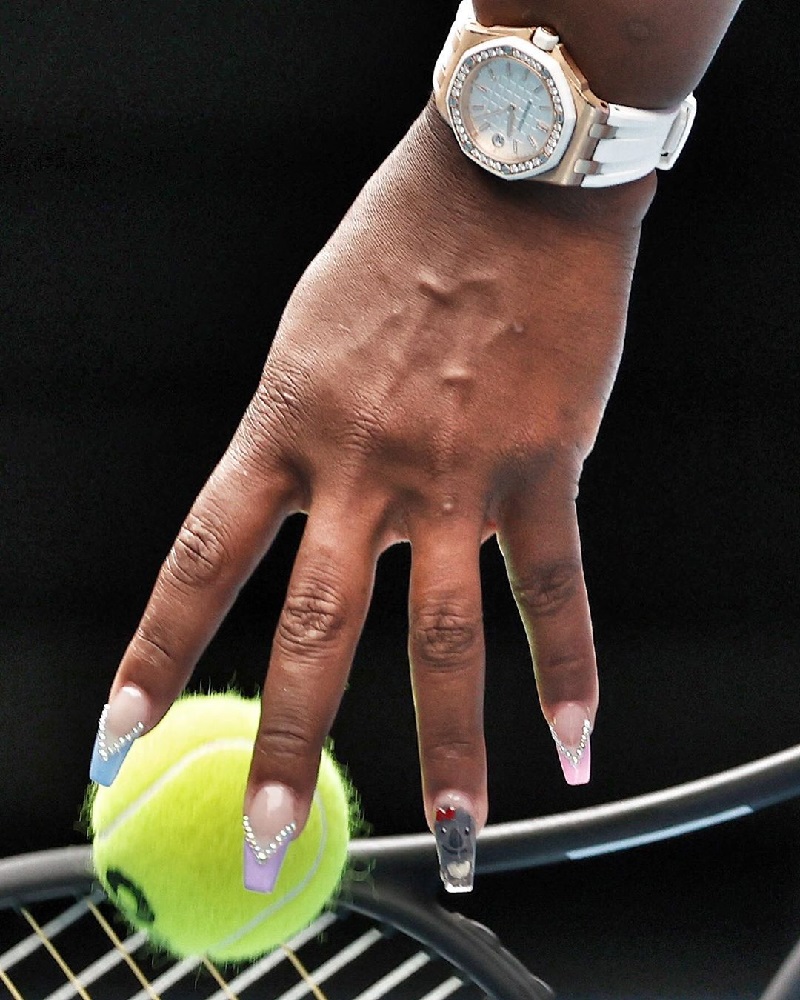 Can you spot the koala?

The former world number one and Coco — touted as a possible long-term successor to Serena at the top of women’s tennis — also spent some of the off-season together.

“She’s just impressive all-round, from her personality to the way she plays… I think it’s just all super-impressive. I was nowhere near her level at 15 either on the court or off the court, not even close. I know kids are growing up different nowadays, so I’m not sure. But I was nowhere near as smart and eloquent as she is. It’s nice to see.”

Coco ousted Serena’s older sister Venus in the first round in Melbourne, having done the same at Wimbledon last year.

Venus turns 40 in June, but Serena said she will be the first to retire out of the two sisters, though she’s given no hint that she plans to do that any time soon.

“Venus will outplay me, for sure, she loves tennis a lot. She works hard on it, just gets unlucky sometimes health-wise obviously.”

Maybe I Won’t Win, But I Will Certainly Do My Best: Kim Clijsters
Naomi Osaka Overcame Frustration For Potential Coco Gauff Clash At Australian Open