When we talk about a career renaissance, much of the focus goes on the incredible longevity of Roger Federer and Rafa Nadal.

For Federer to still be reaching the business-end of Grand Slam events at the age of 38 – especially in the fast-paced modern game – is a testament to his fitness but also the determination required to stay at the top of the game for well over a decade.

As for Nadal, his best work comes on the clay: no mean feat for a player in his mid-30s who made his first major appearance as far back as 2003.
But, despite his skill, Novak Djokovic receives less of the spotlight; the 16-time major champion whose career fell off a cliff for a two-year period between the summers of 2016 and 2018.

After completing the career Grand Slam at the French Open in 2016, something went very much awry for the Serbian. A series of defeats followed, and he fired his coach Boris Becker with whom he had enjoyed plenty of success.

The misconception was that his game was off, but actually, something more sinister was afoot. 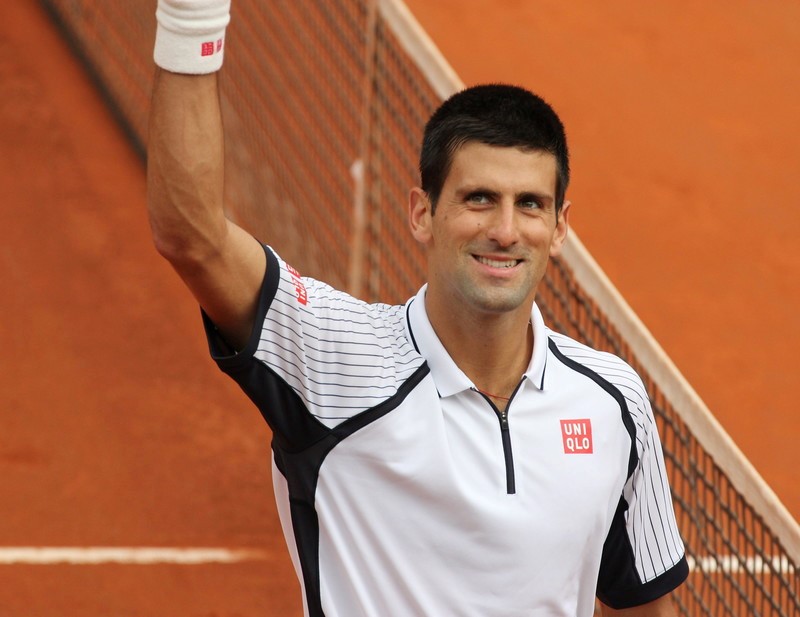 Djokovic was suffering from a chronic elbow injury, which would eventually force him to retire on his chair at Wimbledon in 2017. It was a watershed moment and one that made Nole sit down and consider where his career was going.

He booked in for elbow surgery, and as his recovery and rehabilitation began, he sought new ways to improve his strength and conditioning.

Djokovic became a committed yoga enthusiast and embraced both the physical side of the discipline as well as the more spiritual, reflective practices of meditation and prayer.

The result? It changed his life and his tennis, and Novak has since gone on to win four of the last five majors played. Even as he reaches the grand old age of 32, his dominance of the sport is not expected to dwindle. According to the latest US Open tennis betting odds with the sportsbooks, Djokovic is a red-hot favorite to add a fourth championship title to his name at Flushing Meadows later this year.

RELATED:
8 Secrets To Creating New Year's Resolutions, And Sticking To Them!

So, if your tennis game could use a lift, maybe you could benefit from following the Novak blueprint?

Djokovic has incorporated yoga into his practice regime, both as a tool for meditation and for the improvement of his strength and conditioning.

From the cobra to the downward dog, Novak is often found warming down after a match or training session by practicing a couple of basic yoga poses to help remove lactic acid from his muscles.

Sun Salutations, or Surya Namaskar, are traditionally performed in the morning to greet the new day.
⁣
Read A Step-by-Step Guide to Flow Through Surya Namaskar A: https://t.co/8raQrOiiGa pic.twitter.com/I4R6Ci1k3r

So, if you go from the court, to the shower, to the bar, think about cooling down your muscles in the same way that you warm them up prior to a game, or even think about how you can get your day started off a little differently.

It’s not just the physical improvements that yoga can bring that have reshaped Djokovic’s life on the court.

He has spoken at length about how meditation has helped him to achieve ‘happiness and joy’ away from the sport. When the results weren’t coming, Novak has claimed it was due to a ‘lack of balance on the court emotionally’.

The Serbian is believed to have found new faith in the wake of his injury woe, having been photographed at home with a painting of Lord Krishna in the background – suggesting an appreciation of the Hindu way of life.

A more relaxed mental approach has even seen the 32-year-old describe himself as a ‘holist’ and helped to reduce the number of meltdowns and shouting matches he has a history of having with umpires and fellow players on the court.

To get back to the top, Novak had to work harder than he ever had before.

Moving for long stretches at a time to Dubai, where temperatures often top 100°F, he undertook a training regime that lasted 14 hours per day.

Novak was lifting weights, running, cycling and practicing yoga for hours on end, and finding the time to perfect his serve on the court too.

It’s extreme, of course, but positive proof that if you put the hard work in you can enjoy the rewards later on.

Love what you do

“I’ve had to rediscover this inner joy of motivation, of playing. And not only to win or lose, but playing for the sake of enjoying the game”.

Those were the prophetic words of Djokovic that were spoken just weeks ahead of his revitalizing Wimbledon win of 2018.

Free of injury and with a settled coaching team, Novak rediscovered his love of the sport – and success duly followed. 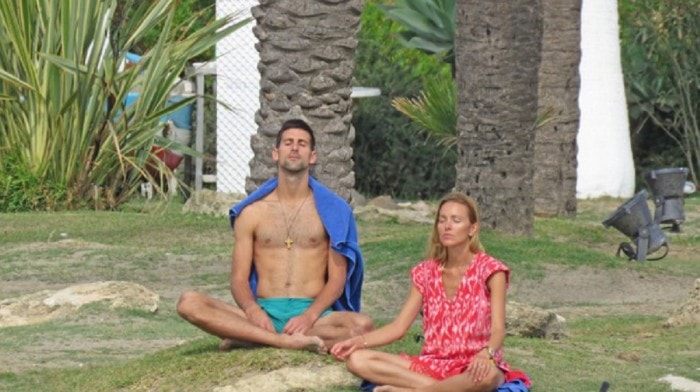 It’s no secret that Djokovic converted to veganism a long time ago. The multi-time major winner has claimed that it changed his life, not only making him a better player overall but also a healthier person and an ‘athlete that recovers faster’.

He cut out dairy and gluten after finding out he had a digestive imbalance that was causing him to faint and become ill mid-match, and it’s fair to say the reigning Australian, US Open and Wimbledon champion has never looked back since.

If you’re looking for a Djokovic-style fresh-start or to revitalize yourself on and off the court, maybe practicing a little yoga every day, opening your mind to becoming more spiritual or initiating a new dietary plan could ensure your sporting success in the future.

You may also like...
Related Topics:health and wellness, Meditation, Novak Djokovic, yoga

Fitness Is Food For Your Tennis Player Soul
5 Ways to Clear Your Mind for a Calmer, Healthier, Happier You