This isn’t tennis-related, but it does relate to us female players, as well, we do have bodies :-) And who doesn’t want to feel good about their bodies, right?

I’ve always thought of Cameron Diaz as being one of my favorite chick celebs. Even in her interviews she comes off as being bubbly, friendly, confident, sexy, and adorably funny. She’s as beautiful on the inside and as she is on the outside, and one of the most positive people I’ve never had the pleasure of meeting. So when her book, The Body Book: The Law Of Hunger, the Science of Strength, and Other Ways to Love Your Amazing Body came out, I just had to get it, especially since I’m, ahem, getting older and wanting to take better care of myself. Better late than never, I always say.

When my hard copy arrived, I noticed that underneath the jacket, the entire cover – front and back – was covered in hundreds of photos of women in their work out clothes. All shapes and sizes were represented, and all were smiling and obviously having a good time. As it turns out, they were all being interviewed and photographed by Ms. Diaz for her book, and like, who wouldn’t be having a good time doing that? 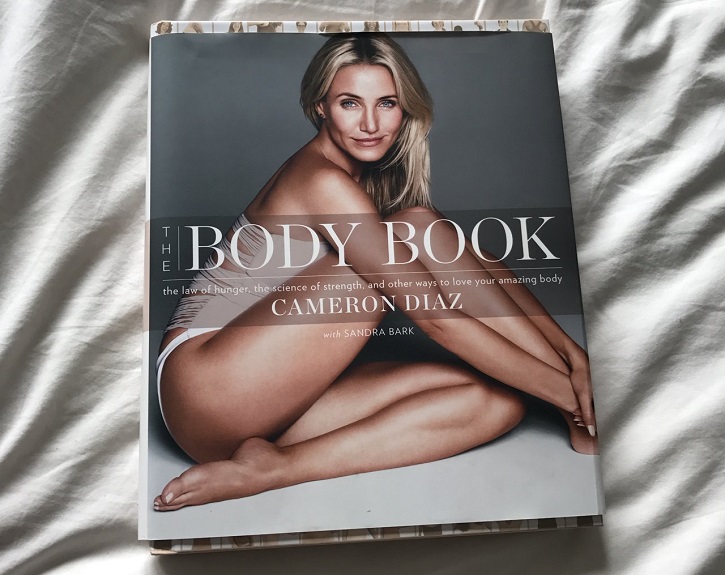 Having read this book from cover to fabulous cover, I am now officially impressed. Unlike many celebrities, she doesn’t use this medium for shameless self-promotion, nor does she make any attempts to mislead readers into thinking she’s some sort of fitness or diet expert. What she DOES do is raise your awareness about the human body and educate you about the importance of eating well, exercising, and staying positive on a daily basis.

“What I am is a woman who has spent the past fifteen years learning about what my body is capable of… (This book) is not a workout regimen. It is not a manual to becoming a different person. (It’s) a guide to becoming yourself.” — Cameron Diaz

Writing from personal experience and research, and with help from many others (all of whom are given proper credit, including her co-author Sandra Blake), Cameron covers everything on the topics of healthy self-love (yes there is an unhealthy kind) and the female body, and she summed it up neatly in three sections –

In her book, there are no bland recipes, or brutal workout schedules, or demanding dietary goals of any kind. Her “words of wisdom” are mostly nuggets of common sense, some of which you’re already familiar and you either have forgotten, or you just plain ignore. But there is also a TON of information which probably will be new to you – at least that’s how it was for me! For example, I discovered that even though I’m thin and have regular well-woman exams, and play tennis 3-4 times a week, that I still have a long way to go to “mind-body connection”. And I’m cool with knowing that, because I also know I’ve got the tools to achieve it.

What blows me away is that even though it’s only been about a month since The Body Book became part of my life, I have noticed a change. Not a ginormous change, but a change nonetheless. Even people who know me well have noticed it. I’m more positive and motivated to do the right things in taking care of my body – hydrating, eating right, making good choices and so far, the results have given me a renewed sense of confidence about my body that I had when I was in my late teens/early twenties. I’m feeling better both physically and mentally, and that makes me very happy and keeps me in a positive frame of mind. It’s like the best “catch-22” ever!

Here are just a few of my favorite “Cameronisms”, though there are SO MANY more:

“The whole purpose of (your body’s) existence, at least as far as nature is concerned, is to keep you strong and capable so that you can create more strong and capable beings, because nature programs us for survival. Think about it — when something isn’t healthy or strong, nature thins the herd. The fittest, literally, survive.”

“When you accept the world doesn’t owe you anything and that choices have consequences, when you understand that life makes choices for you when you hand over the controls… that’s when life really begins.”

Cameron puts personal wellness and common sense into perspective, and backs it up with tons of proven scientific facts and testimony from her own personal experiences. To further explain some points, numerous visual references were added, such as reader-friendly charts and graphs, and illustrations of various part of the human body/anatomy. Making her message simple to understand is all fine and well, but what makes it enjoyable to read (at least for me) is that she writes exactly as if she were sitting cross-legged on my couch talking directly to me, one-on-one. So down-to-earth, friendly, and charming, with a splash of cheeky humor that I love. Oddly enough, I could even “hear” her bubbly voice in my head as I read, as if she was narrating the book.

You’re probably wondering, “Just what was it that inspired Cameron Diaz to write this book anyway?” Only one of the baddest, cheeky chick flicks of our time (with an equally “bad” soundtrack), Charlie’s Angels. Cameron writes that training for the intense martial arts scenes taught her discipline and focus, and changed “everything” in her life. And of course, if something is THAT life-changing, it MUST be shared with others!

So, for those of you who also want an Angel-worthy life transformation without a lot of unnecessary BS, then The Body Book is probably the closest you can get, for $16.75 (at Barnes & Noble) – not including tax.

As Cameron says… We only have ONE body and ONE life. We need to KNOW it. LOVE it. LIVE it. 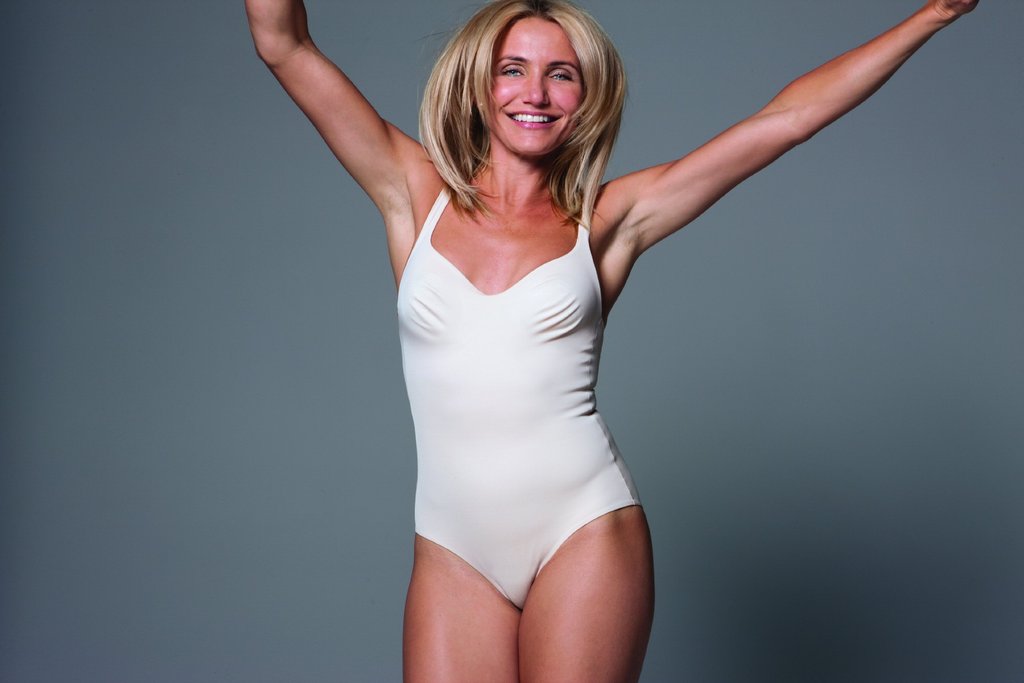 You may also like...
Related Topics:book review, Cameron Diaz, health and wellness, The Body Book