Roger Federer and John Millman‘s barn burner at the Australian Open was certainly not for the weak of heart. In a match that saw the Swiss star’s fans experiencing every emotion that mankind is designed to feel, Roger Federer survived John Millman in a five-set thriller: 4-6, 7-6 (7-2), 6-4, 4-6, 7-6 (10-8). 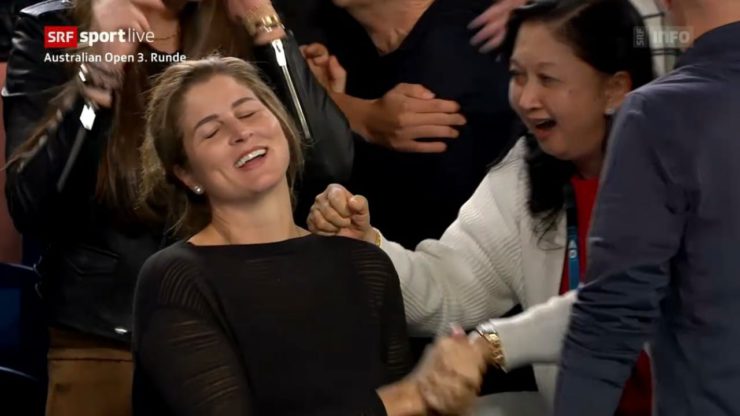 After the match ended, Roger and Mirka shared a warm moment that was enough to melt the hearts of even the most emotionless.

At every point that Federer scored, Mirka was joyous. However, when he looked defeated later in the match, the Swiss star’s life also looked deflated.

The match pushed her right to the limit like ever Federer fan who couldn’t bear to see their hero depart like this in the first grand slam of the year. She was the literal representation of millions of his fans watching on television as she bit her nails with every thrilling twist the match threw at us. The discomfort on her face as Federer struggled attracted a lot of response on twitter.

Be a tennis wife, they said. It will be fun and non-stressful, they said. ♥️ Mirka, we get you. #Federer #AusOpen pic.twitter.com/GqHvyiPW7X

In a televised interview, Todd Woodbridge perfectly documented her struggle:

“Mirka is working hard. It is a battle.” 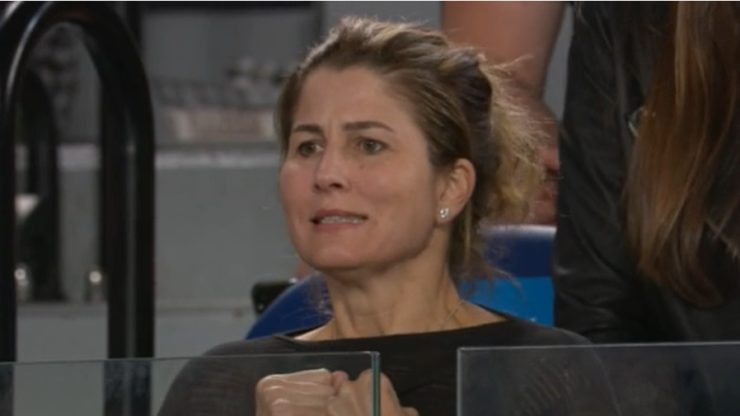 As soon as the match ended, she was the most relieved person in the arena…perhaps even more than her husband. However, it’s what happened after the match that makes Roger and Mirka the cutest tennis couple, like… EVER!

I put together the little clips with some love ?? … for this is the true love that even fairytale can’t out-do… ???

As the Swiss star emerged from the locker room after his match, he hugged his wife. The two even shared a selfie. Awwww…

Truly, she remained a motivation for him throughout the five-set battle.

Behind every great man there is a great woman.
Federer´s wife, Mirka, today´s match. ❤❤ pic.twitter.com/UdiFC6rhTc

Who Does Federer Face Next?

The challenge is not yet over for Federer. In his next match, he faces another tricky opponent in the form of Marton Fucsovics. Having stunned World No 13 Denis Shapovalov in the first round, Fucsovics is looking in dangerous touch.

Do you think Fucsovics can slay yet another giant?

Australian Open: Coco Gauff Stuns Naomi Osaka In Straight Sets And We’ve Got The Highlights
John Millman Illegally Rubbed His Balls On His Wet Shirt To Increase Serve Speed And Got Away With It