Wouldn’t the tennis career of Rafael Nadal make for a great movie script? I mean, from being a teen tennis sensation to a 19-time Grand Slam champion, Rafa has been through it all.

All throughout his career, he faced numerous setbacks and many, many injuries. In fact, whenever it seemed like there was no tennis player that could stop him, an injury happened and forced him off the court for months.

And then, there are those who publicly deny the Spaniard’s legacy, claiming that he can only win on clay. (Um… yeah! He holds a 12-time winning record at Roland Garros… dude has MAJOR tennis cred!) 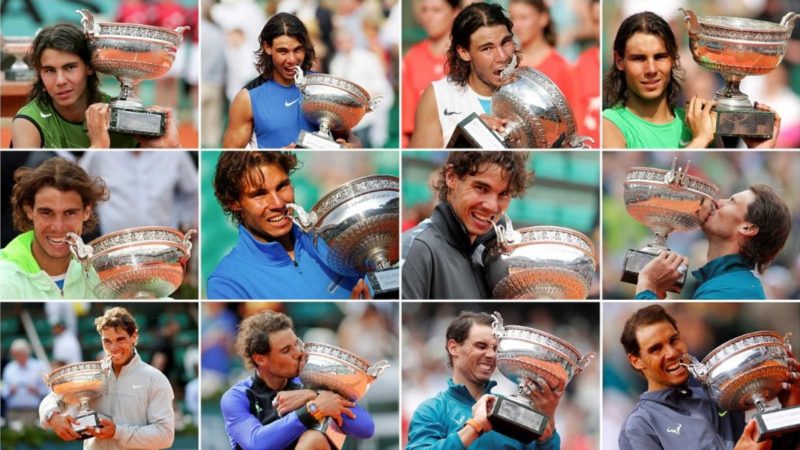 Of course, we fans have our fave Rafa memories, but have any of us wondered what his are?

In a recent interview, Nadal revealed some of his favorite moments from earlier in his career:

“My first Davis Cup in Sevilla, the final against USA was a very important moment. My first Roland Garros in 2005 as well, my first grand slam and the first title I won there. Then several reasons make Wimbledon 2008 a key moment in my career. I’d say Australia 2009 was unexpected due to the way I arrived there, but it was very emotional. Then I’d say US Open 2013 was very special after coming back from a major knee injury that kept me 7 months out of the court.That made it one of the most fulfilling victories.”

Never tired of listening him top list his most important moments.

I’ve seen all but the 2004 Davis Cup (plus, I did a little research,) and now I totally get why Rafa feels the way he does about these matches:

Nadal brought back some of the greatest memories for us tennis fans, and I have no doubt that will will be giving us many more for the remaining part of his career.

What are your favorite moments from Rafa’s past? Please share them in the comments below :-)

3 Things We Learned at the 2020 Australian Open
Are The 2020 Summer Olympics In Tokyo In Danger Of Being Canceled?