Hey there, tennis peeps! I spent the last month or so on the courts, testing a “blacked out” version of the all new HEAD “Gravity” MP (mid-plus) tennis racquet for this review, and it was a blast!

Since this version of the racquet has no specs or any real branding, I had no idea what to expect when I first took it out on the court. It was like doing a blind taste test… but with a racquet… and you don’t eat it, lol!

No specs on the racquet throat.

No specs on the other side, either.

Now, I don’t demo racquets like most other players. Since I’ve used the same racquet for years, it takes more than just a few sessions on the court for me to truly get the feel of a new one.

That being said, I like taking my time for a demo because it’s the only way I can get to know all of its nuances that have a way of randomly popping up in all the different ways I play tennis: when I’m giving my all in a competitive match; perfecting specific strokes with a ball machine; or practicing my serve. And when it rains as much as it does here in Houston, sometimes, it can take even longer. 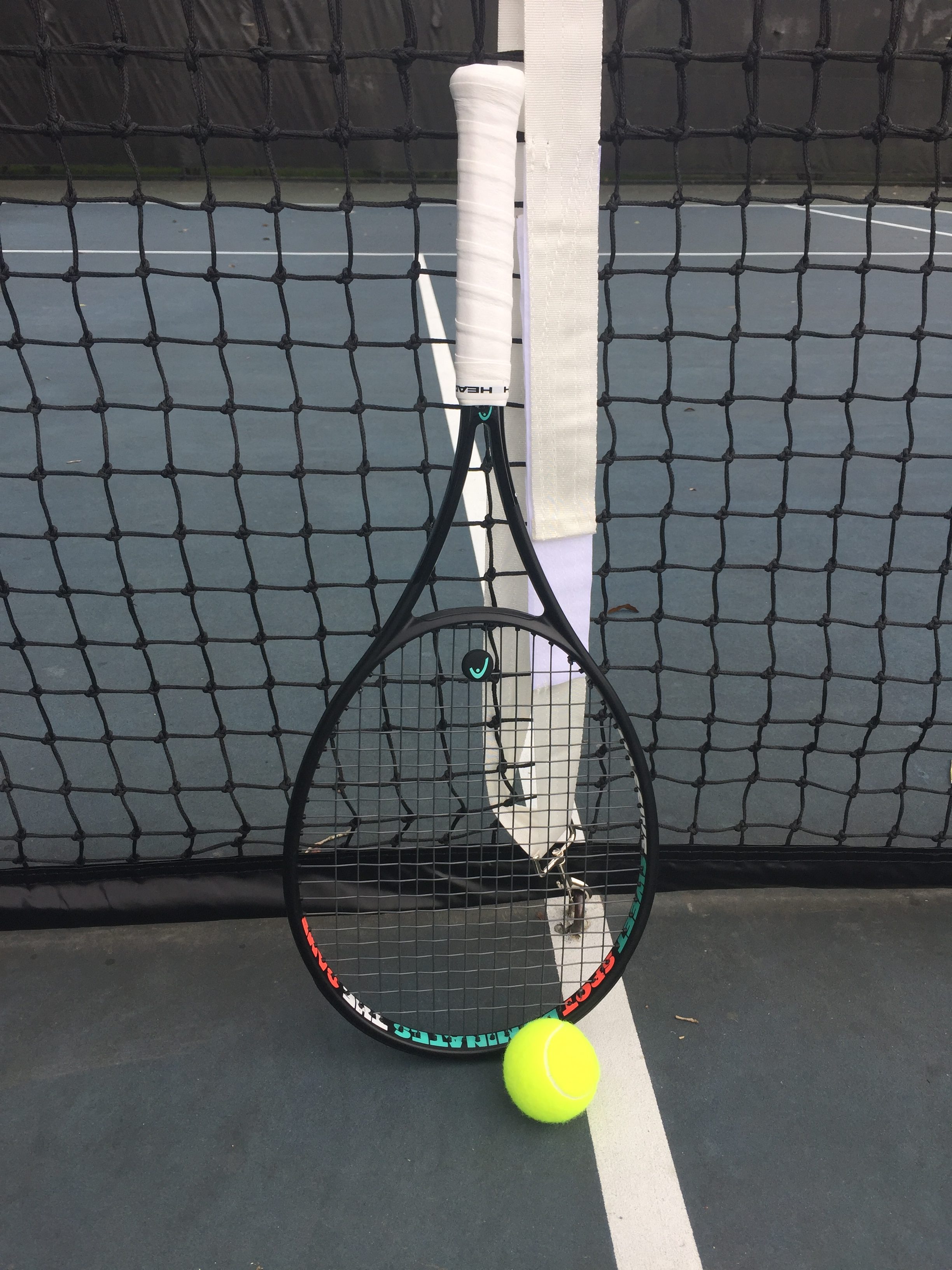 Anyhoo…  I’ve tested this racquet thoroughly, and now, I’m ready to give y’all my honest opinions :-)

I really enjoyed playing with this racquet, even though at the time, I didn’t know what it was. I could only assume things like it was made from Graphene 360 (and it actually IS).

All I knew was that it was a HEAD MP (mid-plus) racquet in my favorite shade of black – badass matte black. It also has a splash of color in the phrase: “MASSIVE SWEET SPOT DOMINATES THE GAME” inside the racquet head, and HEAD isn’t kidding… it’s SWEET!

Here are the specs:

THE HANDLING: For play-testing, I used the string the racquet came with–the HEAD Hawk Touch–as well as the dampener and overgrip. Even strung, the racquet is a lighter weight than my current one, so I went with a 52 lb tension in order to add some power. It was a win-win decision, too, because not only did I have power, but I was able to handle the frame better, as it’s slightly stiffer than what I’m used to. 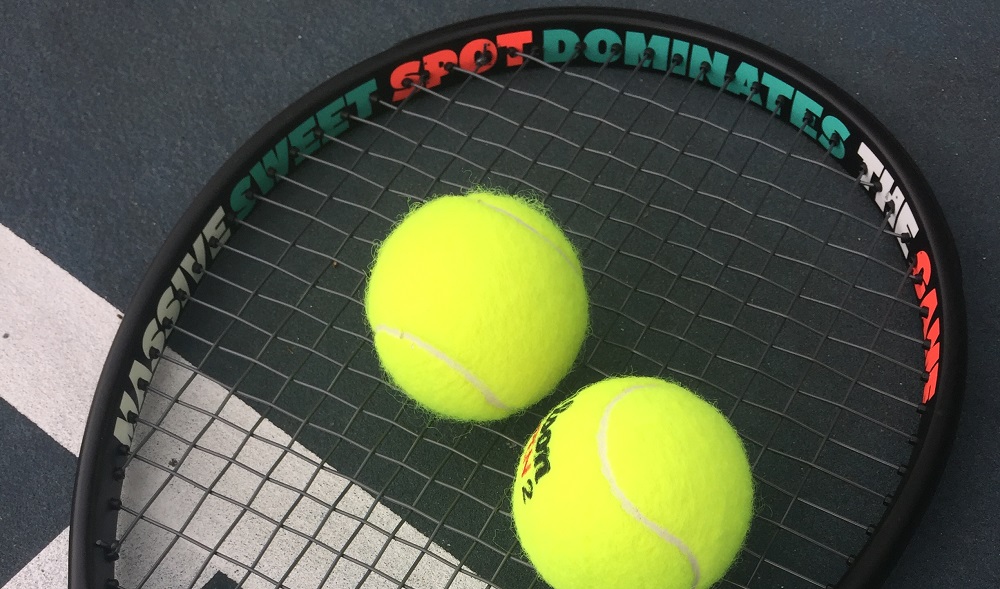 THE STROKES: One thing I noticed was that the Gravity MP racquet is slightly head-light for me, but since I wanted to play-test it “as-is”, I didn’t add any additional weight. I will say, though, that the lighter weight makes it easy to swing, and the 16×20 string pattern helps generate spin while still allowing you to flatten out the ball when you want to.

Once I had the feel for the racquet, my groundies and serves had pretty much the same spin and control I’ve always had, but the pace and depth just wasn’t where I thought it would be, even with the looser tension. I think adding some weight would eliminate that issue though, and after this review posts, I’m going to add a little lead tape to the head and see if I’m right (and I’m always right, lol!)

THE SWEET SPOT: As for the “massive sweet spot”, that’s absolutely true. The head is 100 sq in, but it’s the head shape that creates the sweet spot where you need it most, and that helps the players (me too!) who don’t always hit in the center. Sometimes when going for quick aggressive shots like an overhead or poached volley, I misjudged how fast the ball was coming and  hit closer to the frame, but the sweet spot saved the shot, and for me that’s HUGE because I’ve got an aggressive game. Love, love, LOVE that sweet spot! 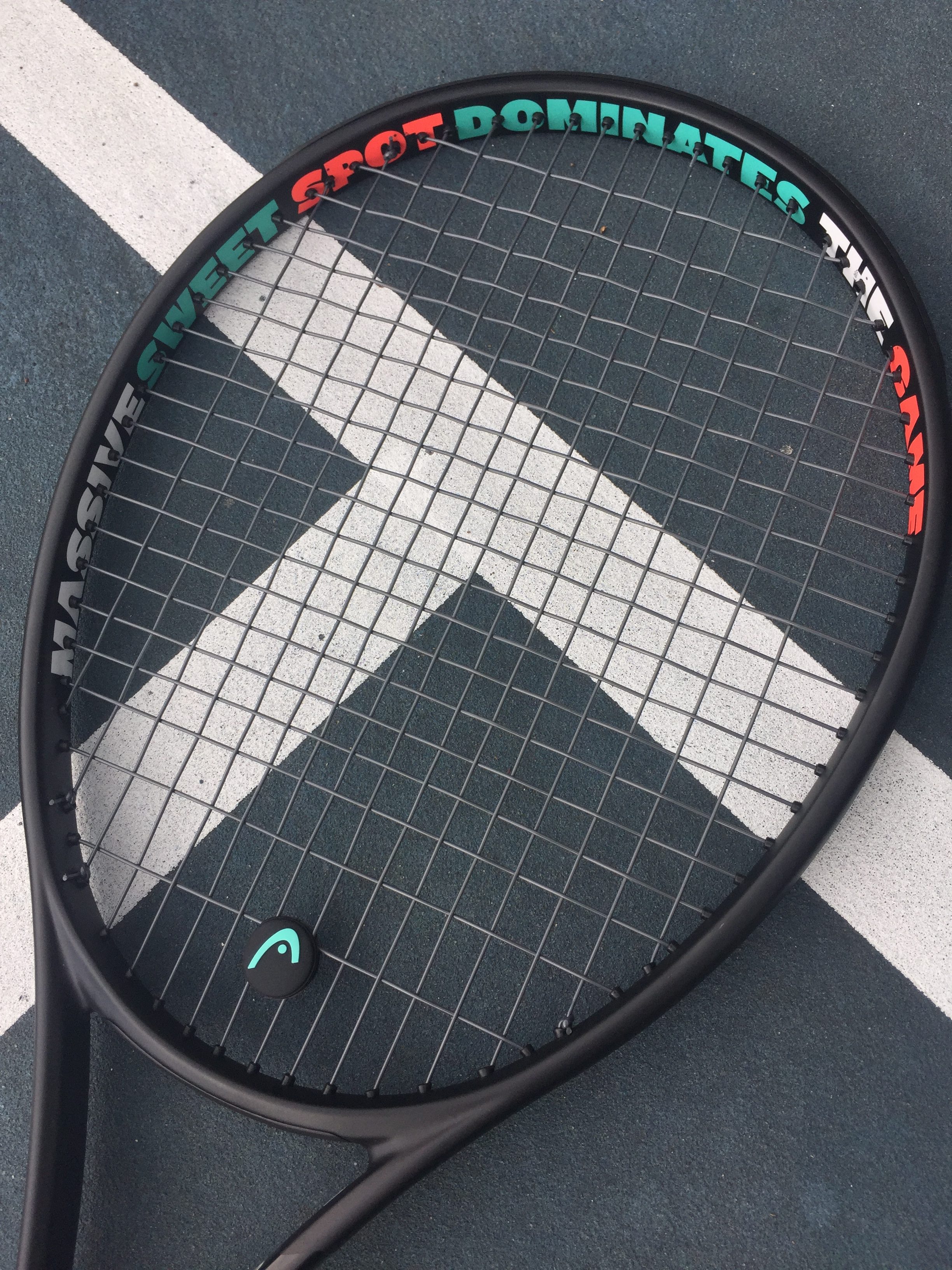 Now, THIS is the same racquet, but with bling: the all-new HEAD “Gravity” MP racquet

Aren’t the colors cool? They’re the same as the lettering inside the frame on its prototype, with one color on each side! And I love how they kept the base color that badass matte black — SWEET!

This piece of tennis awesomeness is available now for pre-sale at $219.95 at all of the top tennis retailers, which means you’d have it in your hands somewhere abound July 18th. 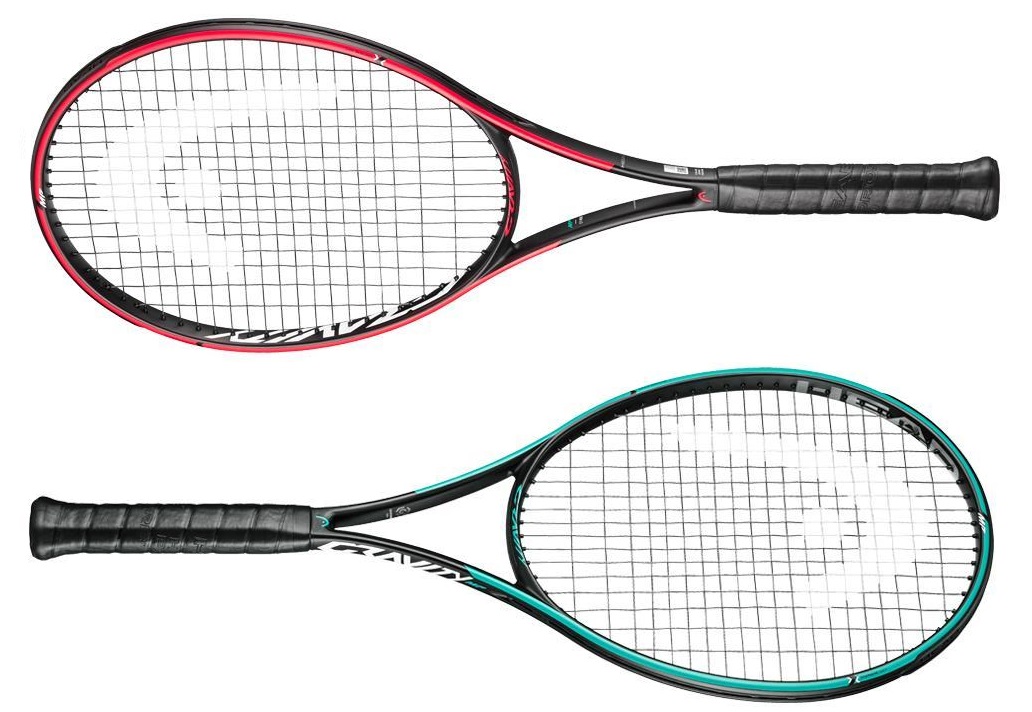 ALL THE DEETS FROM HEAD: The GRAVITY MP is all about the aggressive play at any level. It features the new Graphene 360+ technology, a combination of Graphene 360’s energy transfer and innovative spiral fibers for an enhanced flex and clean impact feel. But the secret to domination lies in the massive sweet spot and the MP’s 16/20 string pattern for the perfect mix of power and control. And just like the rest of the silo, the MP also comes with the new distinctive flip design that will help you dominate the court in style. The GRAVITY Series is endorsed by Alexander Zverev.

Overall, I highly recommend this racket for any tennis player who is serious about their game. Beginners can use it “as-is” because it’s lightweight and easy to swing (they don’t need power yet), and it has a large sweet spot to help them better execute their shots. The same goes for intermediate/advanced players, only my suggestions to them are to string it with a lower tension and maybe add a little weight to the head.

This “Gravity” MP prototype tennis racquet was provided to me by HEAD to demo for this review, but all opinions are my own.

You may also like...
Related Topics:#NewForceNewGame, gear and accessories, HEAD, racket review