The 2020 US Open has been known to bring about new technological advancements year after year. Even before the current scenario – where the need for technological innovations has increased due to the restrictions – the US Open worked to position itself as a leader in enhancing viewing experiences for fans and in-match experiences for players.

This year, they have gone above and beyond by featuring a virtual player’s box. This is to try and offset the effect of ‘tennis behind closed doors’.

One of the guidelines at this year’s unusual US Open is that the player’s box is restricted to a maximum of three members. Players are so used to having their friends, families, and support staff in the player’s box. They look to them for motivation during the match. With this year’s restrictions, they can still have that support from their camp as well as fans through a virtual experience.

The virtual player’s box for the 2020 US Open has been developed by The Famous Group. This will allow members of a player’s support staff who are absent on-site to be able to interact with them remotely through a digital experience. Players have also been asked to submit a list of 15 people they want to invite for virtual presence. 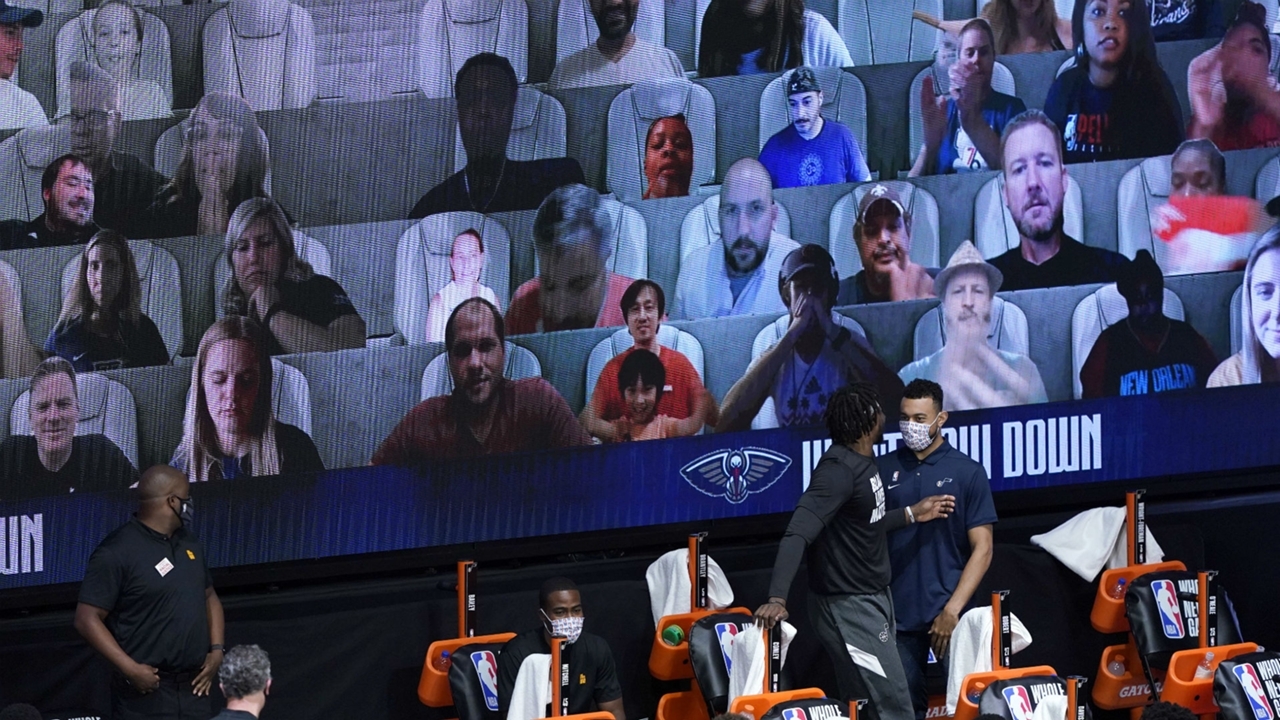 The absence of fans has been a hot topic of discussion leading to the event. After the decision to host a tournament behind closed doors, the burden was on the organizers to come up with an alternative to still have the presence of fans in matches. That’s when the idea of “Fan Cam” came to them.

Fan Cam was created by Wasserman’s CrowdAmp. It enables match producers to play clips of fans cheering for their favorite players, during the broadcast. Fans can record themselves cheering and submit them. Those recordings are then added to a library that producers can use.

RELATED:
How To Avoid Coronavirus: You Can Kick Their Balls, But Don't Touch Them

We really wanted players on the court to be able to see fan cheers and hear their voices. Get to as close to normal as possible in the stadium.

Fan Cam will only be available through the U.S. Open app.

IBM, a technology partner of the US Open, enabled cloud computing for the USTA. This helps them work remotely. It was reported that the official scorekeepers for the tournament will all work remotely this year.

The Hawk-Eye Live technology will also be implemented at the 2020 US Open. Line calls will be made automatically by Hawk-Eye Live, without the use of line judges. The system also has recorded voices by human line judges that will be used for ‘out-calls’.

You may also like...
Related Topics:Fan Cam, US Open

WATCH: Movie Review And Trailer: “First One In” Offers A Hilarious Glimpse Into Country Club Tennis
Bryan Brothers Announce Retirement Ahead Of The US Open