Twenty-one year-old Naomi Osaka has already made endless headlines this year: she’s the current No. 1 female tennis player in the Women’s Tennis Association rankings, she won the Australian Open in January and she became the first Asian player to be in the world’s top spot. And now, she has a new celebration to brag about — she’s getting her very own Barbie!

As part of the toy brand’s Dream Gap Project, Osaka joins an amazing new group of role models in their “Shero” collection.

“It’s a really big honor. I’ve played with Barbies when I was a kid, and I think it’s a bit of a surreal experience to have the opportunity to have a Barbie that looks like me…I just hope that I inspire people as well.” — Naomi Osaka for People Magazine

Osaka, who’s half Japanese and half Haitian, added that it means a lot to her that Barbie chose to add a biracial athlete to their Shero line.

“A lot of parents of biracial kids, whenever they see me, they come up to me and sometimes they cry, they always say that their kid looks up to me and I feel like that’s a big responsibility. But it’s also an honor because I feel like I’m representing not only me but a bunch of other kids that maybe wouldn’t have gotten that chance to be represented.” — Naomi Osaka for People Magazine

Barbie’s global initiative to close the Dream Gap aims to inspire, empower and give girls the resources they need to continue to believe they can be anything. Barbie will donate $1 from any doll sold in the United States, up to 250,000, to the Dream Gap Project.

“The Barbie brand believes girls should never know a world, job, or dream women haven’t conquered. Through our global platform, we are igniting a movement to help close the Dream Gap and further establish Barbie as the ultimate girl empowerment brand.” — Lisa McKnight, General Manager and Senior VP of Barbie

As of right now, Osaka’s Barbie is not available to purchase.

When asked what she would tell young girls who want to pursue sports as a career, Osaka advised to

“…not give up on the goals that you have. You can only try. If you try 100 percent then you leave everything on the table and you have no regrets. There’s a special satisfaction with that and, for me, I try to live my life every day like that.” — Naomi Osaka for People Magazine 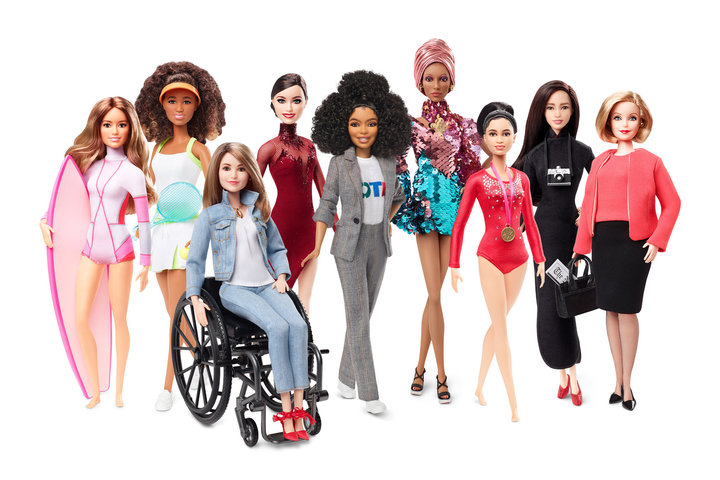 You may also like...
Related Topics:barbie, Naomi Osaka, tennis news