One of the perks of having a website is that occasionally I have the opportunity to pre-screen movies before they are released (OK… this is my first time), and for me, First One In was an immense treat!

There is much to be said about the VERY competitive world of ladies league tennis, and writer-director and league tennis player, Gina O’Brien serves it up perfectly.

“First One In is a comedy for women, but it isn’t the typical comedy for women. It isn’t about parenting, romance, marriage or girls’ nights in Vegas. I like those, but this is different. It’s about women who challenge themselves away from their everyday lives, on a team with other women.”

“During the day in tennis clubs across America, millions of women gather to hit balls at each other. I’m one of them,” says O’Brien. “We wear trendy outfits, visors, and elbow and knee braces. We drink coconut water and eat protein bars and take acetaminophen. We are middle-aged women of all shapes, sizes, and athletic ability. Our personal lives may differ from one another, but on some 250,000 courts in the U.S., we’re all tennis players. Many of us aren’t good, but the competition is as fierce as the pros, sort of, and it’s fun material for a screenplay.”

Gina O’Brien is one of us, so she gets us. I absolutely LOVED First One In. It is well-written and directed, and the characters are totally relatable… it’s 98 minutes of unadulterated fun!

First One In is the story of Madi Cooke, a former high school tennis player who gains infamy as an eco-terrorist when she accidentally kills an endangered animal while on a popular reality TV show. It costs Madi everything… her job, her respect, and her grit. 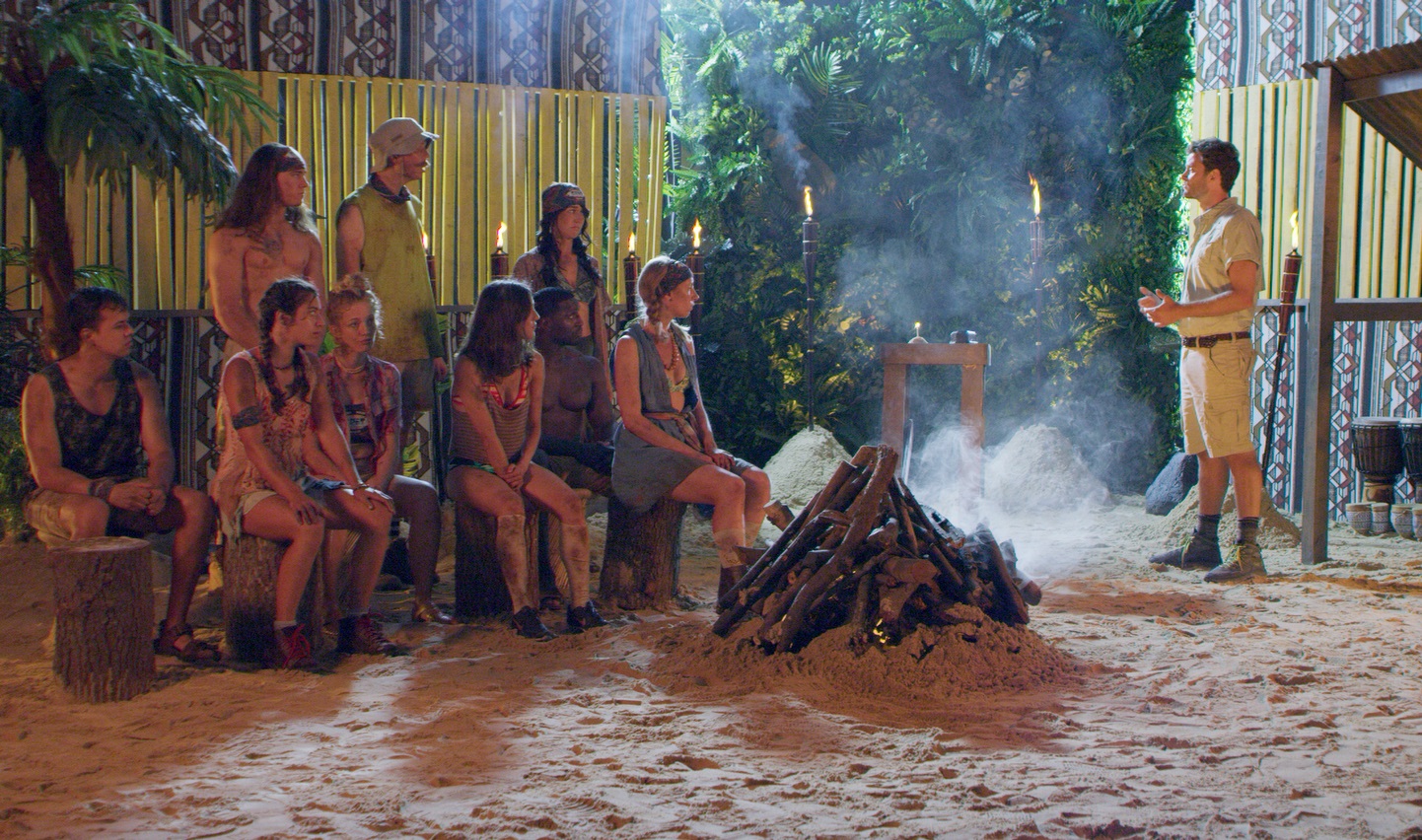 For Madi, there is no vote. She is immediately banished in shame.

In an attempt to regain some normalcy in her life (and a regular paycheck), Madi gets a complete makeover from her mom and changes her name, and interviews for a job with Bobbi Mason, an overachieving, tightly wound real estate shark at the #1 real estate firm in Connecticut.

RELATED:
What Are Your (Tennis) New Year's Resolutions?

As it turns out, Bobbi only hires subservient women who can also play on her tennis team, thus ensuring she continues her championship status in a local annual club tournament. Recognizing this, Madi talks the big talk and lands the job, but understands that to prove herself on the courts, she has much to do to get back into game form. 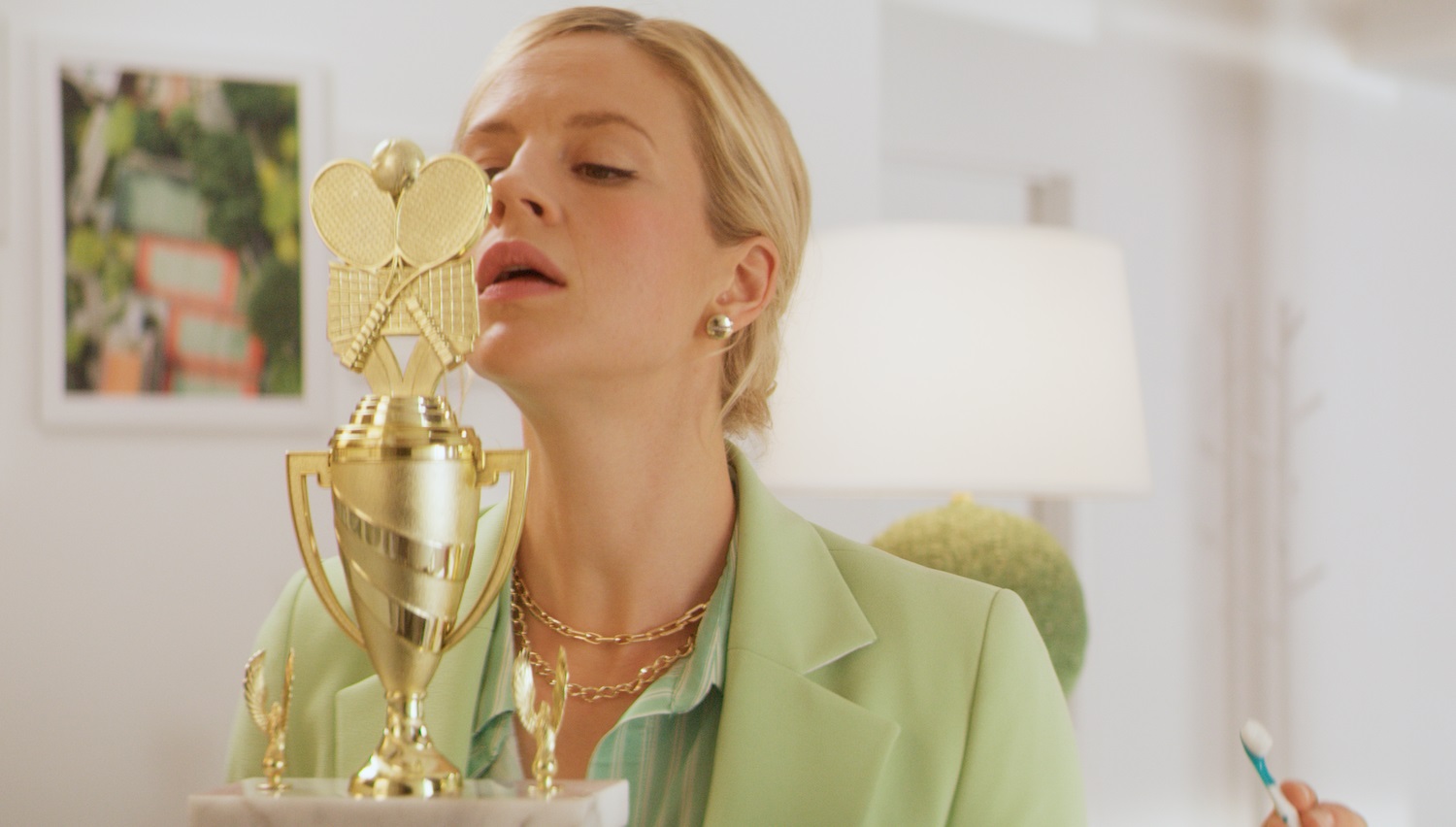 Madi hasn’t played tennis for nearly 20 years, so she returns to the place where she used to train, the Acme Indoor Tennis facility.

There, she joins an ongoing 3.0 ladies clinic with tennis pro Fernando and his group of hilarious misfits, Jane, Ceecee, Preeti, and Valentina, and renews her strained friendship with her best friend and former high school tennis partner, Ollie. 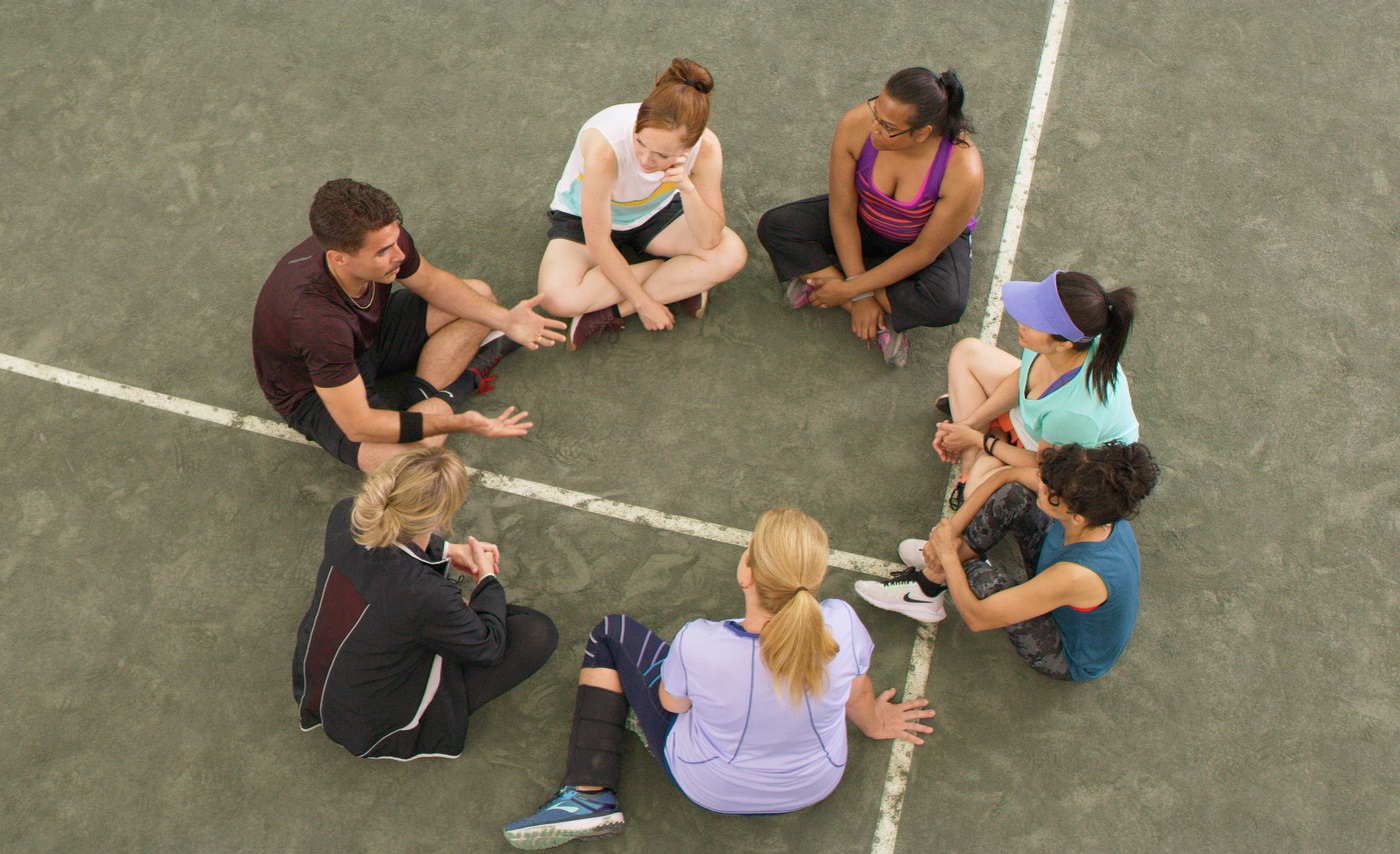 Madi meets her new pro and makes fast friends with the ladies in the clinic.

A day or so later, Bobbi’s very pregnant doubles partner Rosie has her baby and can’t play in an upcoming friendly match between coworkers, so she chooses Madi as her replacement.

Of course, there is the friendly banter when the ladies first meet on the court, but how does Bobbi really feel when asked if serving should be first one in?

First one in is for pussies! 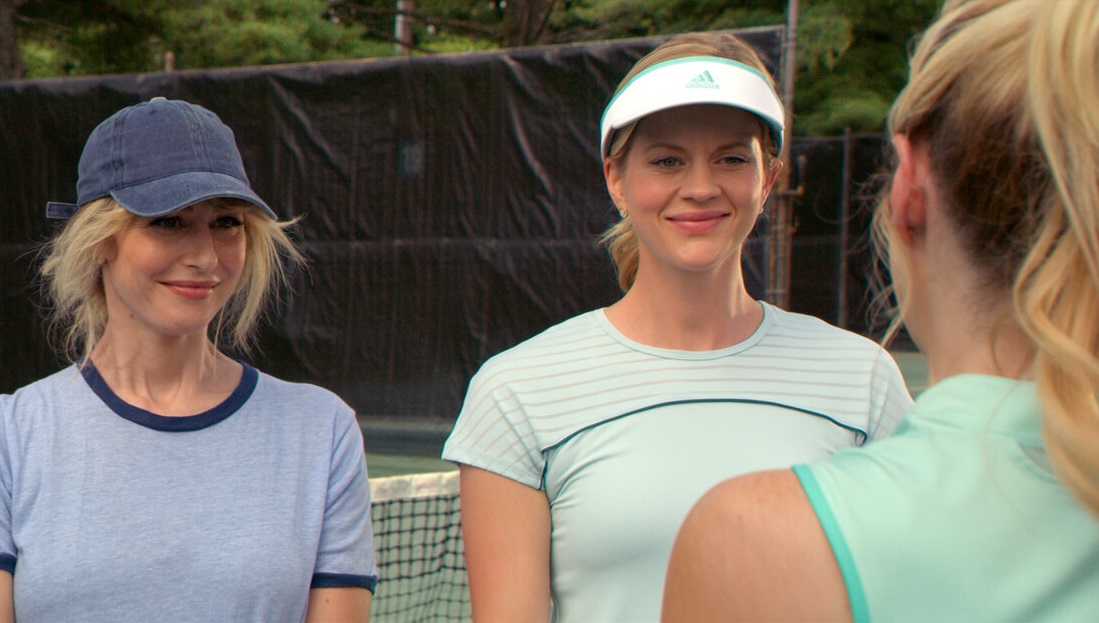 Madi teams up with Bobbi and proves herself a worthy doubles partner.

From there, a comedy of unforced errors ensue, and once again, Madi finds herself back on the courts, only this time, her opponents are Bobbi and her minions, and the prize is everything she lost.

First One In is the feature-directing debut of indie screenwriter Gina O’Brien. This is the third feature from O’Brien whose Sundance premiere “Once More With Feeling” was produced by Rosetta Films’ Paul Jarrett. Jarrett directed O’Brien’s second screenplay “Fan Girl” which premiered on ABC Family.

Prior to screenwriting, Gina was a journalist and magazine editor in New York City. She has been published in The New York Times, The New York Daily News and a variety of magazines. She married her college sweetheart and eventually left her career to raise their two children. Today she’s an avid tennis player, but remains only a little better than sucking.

My personal take away

As a league player, I can totally relate to this movie. I see bits of myself in many of Gina O’Brien’s characters, and I recognize some of the mannerisms in my teammates and opponents, as well. I think there’s a little bit of all of us league women in First One In, and I invite you wholeheartedly to discover them all for yourself! And please share this with your coach/pro, and all of the tennis league women in your life!

First One In is set to release on major VOD/Digital platforms including Amazon, iTunes, and Google Play beginning Tuesday, September 8, 2020. It isn’t rated yet, but Valentina’s potty mouth will no doubt get it an R, lol!

I’ll let you know when First One In is available (and how to see it), but for now, enjoy the trailer :-)

You may also like...
Related Topics:everything else, First One In, Gina O'Brien, movie review