The defending champion at Indian Wells 2020 Bianca Andreescu made her breakthrough on the WTA circuit last year in California. She earned a wildcard from the BNP Paribas Open and captured the title after playing seven taxing matches. But this year she has withdrawn from the tournament days before its commencement.

The BNP Paribas Open tweeted this on her behalf yesterday:

“As many of you know, I’ve been working through an injury I suffered last year during the WTA Finals. It’s been a long road to recovery and while I was looking forward to getting back on court and defending my title at Indian Wells, unfortunately I’m still not 100%.”#BNPPO20 pic.twitter.com/XFyKwG5z2o

Her knee injury has been bothering her since the WTA Finals last year. In November, she retired from her match against Karolina Pliskova and since then, Andreescu hasn’t stepped onto any professional courts.

RELATED:
Maybe I Won't Win, But I Will Certainly Do My Best: Kim Clijsters

Canada’s number one tennis player Andreescu missed the entire Australian summer, including the Australian Open in Melbourne, where she was considered one of the favorites for the title.

After having a spectacular North American summer in 2019, with her wins in Toronto and New York, Andreescu entered the top-ten WTA Rankings. But after her withdrawal from Indian Wells 2020, she will no longer be included in the top 10 of the WTA’s roster. 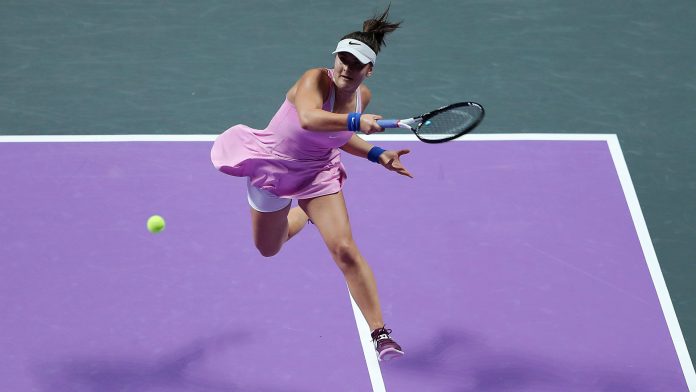 Andreescu also had this message for her fans:

“I would like to thank you all for your continued support and sticking with me on this journey. Your kind words have been so uplifting. While I am disappointed that I am not competing next week in a tournament where I have such great memories. I am focused on my recovery and rehab, and I am working hard to get back on the court as soon as possible.”

The Canadian is expected to be back on the circuit for the clay season. Last year, at Roland Garros, she won one match but then withdrew from the event due to shoulder injury.