Grass is a fun surface where your great shots will be made to look even greater! Great serves will turn in to aces; powerful shots will be tougher to get back, turning in to winners! However, if you go on grass playing how you would on clay or a hard court, it simply won’t work! You need to embrace the surface and adapt by using all the information in this article!

Move softer with light footwork. The grass court season comes just after the clay season, where players have been sliding to get to balls. One of the big differences on grass is we don’t want to slide as this could end up resulting in an injury. Instead, I advise you to stay balanced with light steps on a grass court. Before playing a match spend some time working on stopping and changing direction, for example sprints and then stopping balanced before hitting.

The serve is one of the most important shots on grass. The grass will help your serve get through the court quicker. It’s important to be prepared to improvise a lot on grass! For example, making use of the slice serve and then using the serve and volley. When we play on clay courts, the ball will bounce up high making the kick serve the main choice for the pros; on grass, the ball stays lower, therefore, I advise you switch to the slice serve keeping the ball low.

Play aggressive tennis! You have less time, therefore you need to think a little less and go for your shots. Steal time from your opponent and look to move forward, shrinking the court.

An “intention” is an idea that you plan (or intend) to carry out. If you mean something, it’s an intention. Your goal, purpose, or aim is your intention. It’s something you mean to do, whether you pull it off or not. When playing on a quick surface like grass, you must have the correct intention from the start of the point, both with your attacking mindset and your clear tactical plan. There is no time on grass to second-guess or have the wrong intention.

A slice backhand is more effective on grass, mainly because the bounce on a grass court is lower than that of a bounce on a hard or clay court. When we slice we want to keep the ball as low as possible stopping your opponent from attacking.

There’s no doubt that fewer professionals are serve-and-volleying now than in the past; however, I still believe on grass this can be a valuable tool! For example, the next time you play on grass, try to move your opponent wide with a slice serve, and then rush the net following the line of the ball as quickly as possible, split step and volley to the open court.

When you play on a grass court the ball comes much quicker, therefore, you need to get your racket back early so that you can make contact out in front of your body.

Points will be shorter on grass therefore the first player to impose themselves in the point usually wins it. Try to use your serve+1 to impose yourself early in the point. To do this you hit your serve and then try to hit your most attacking favourite shot after the serve which usually is a players forehand, on the flip side when returning try to neutralise big serves and attack second serves stopping your opponent from using their serve+1.

10. Embrace grass and enjoy it!

Grass is a fun surface where your great shots will be made to look even greater! Great serves will turn in to aces; powerful shots will be tougher to get back turning in to winners! However if you go on grass trying to play how you do on clay it simply won’t work! You need to embrace the surface and adapt by using all the information in this article! 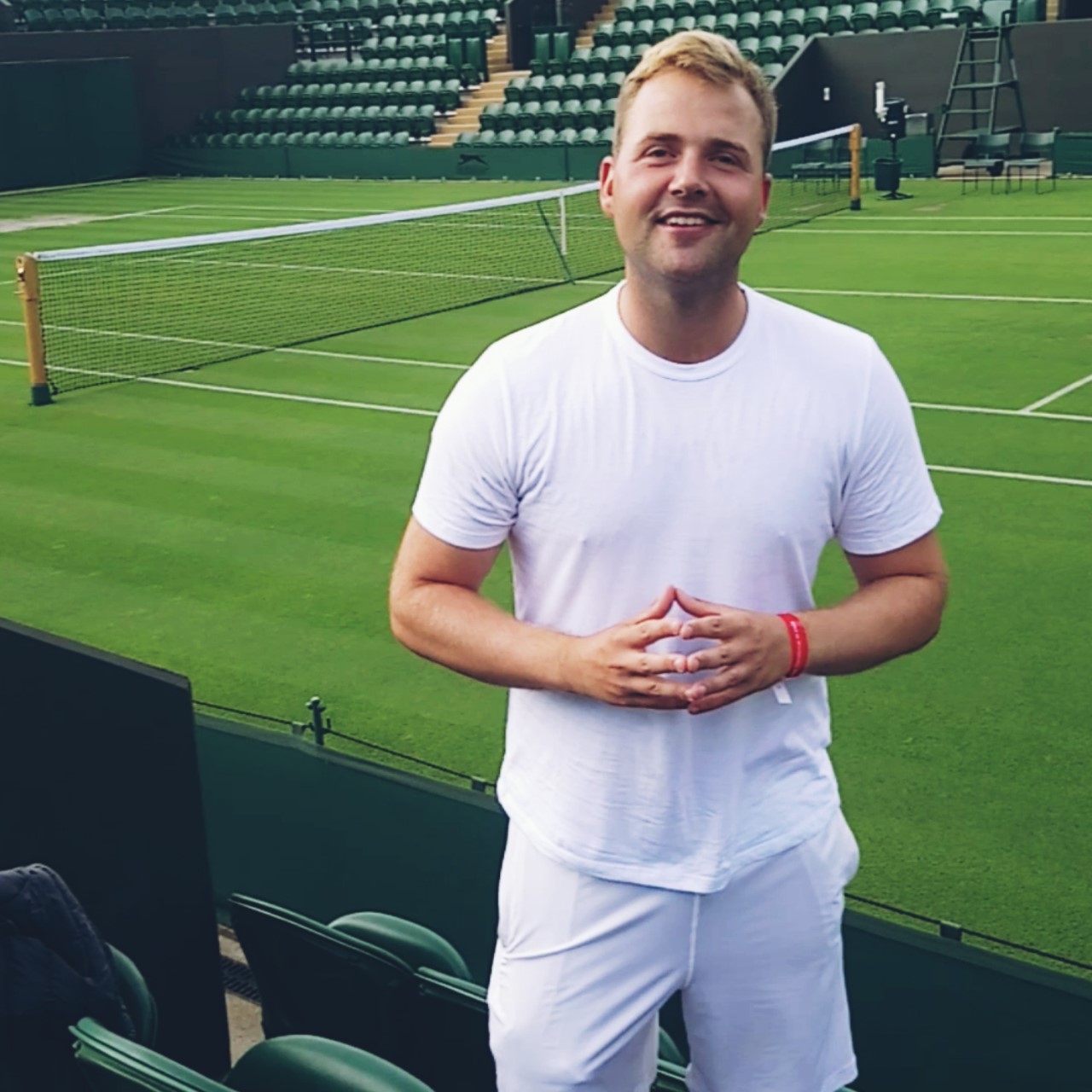 At a young age, I was involved with national level players in the UK and National Players in Spain while being mentored for five months in the art of Spanish coaching in Pamplona. Currently, I am a coach at the Beckford Tennis Club, with a Sports and Exercise Science Degree BSc (Hons), and a Level 3 qualification in Personal Training and Tennis Coaching. I also have a diploma in Sports Performance and Excellence gained from Hartpury College. In 2009, I started LIAM’S PRODUCTS L’s Tennis Coaching. I still love to compete, and my dream as a coach is to one day win all four grand slams.