Remember when Kim Clijsters announced that she would be making her second comeback in 2019, but then got sidelined due to injury? Clijsters then promised her fans that 2020 would be the year she returned to the sport… and guess what, fans… it’s 2020!

The four-time Grand Slam champion first retired from tennis in 2007 after being plagued by numerous injuries. Though retired, she kept busy with her new hubby and baby girl. As content as she was, she rediscovered her love for tennis during her training for a doubles exhibition match at the All England Club in 2009.

In 2009, Clijsters made her first comeback in tennis as a wildcard entrant into the 2009 US Open. There, Kim defeated top players like Venus Williams, defending champion Serena Williams and Caroline Wozniacki to become the first unseeded woman to ever win the trophy. 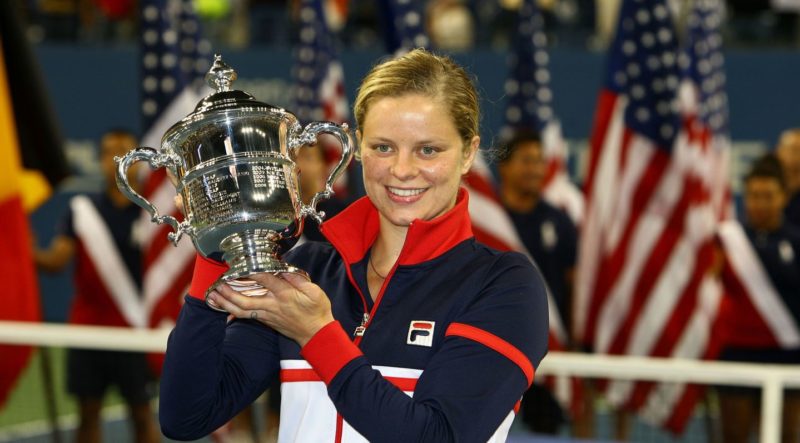 Kim Clijsters becomes the first unseeded woman to win the US Open in 2009.

She went on to successfully defend her US Open title in 2010 and win the Australian Open in 2011 before retiring for the second time in 2012. With her happy family already established, Kim turned her passions toward building the Kim Clijsters Academy in Belgium. And while she may have been out of sight on the courts, she was not out of mind, for in 2017 she was inducted into the International Tennis Hall of Fame.

Now, in 2020, tennis fans are looking forward to watching the Belgian come back for a third time :-)

The former World No. 1 recently announced that her first event after her return would be the Dubai Duty-Free Tennis Championship. She has accepted a wildcard entry into the event which begins on February 17.

I’m accepting a wild card to play the @DDFTennis. Since announcing my return, there have been a few bumps but looking forward to returning to the match court and what this next chapter brings … Thanks to all my fans for their encouragement these past weeks. See you in Dubai! pic.twitter.com/XOwIeEujyk

This will mark Clijsters’ debut in Dubai. She is just as excited as her fans with the prospect of returning to the court:

“I am really excited to be getting back to the match court. I know it’s a special anniversary for the Dubai Duty-Free Championships so it’s an honor to be making my return to the game and debut in Dubai at the same time. Can’t wait to return to the game I love and play in front of the fans again – the support and encouragement that I’ve received since the announcement has been overwhelming.”

“We are delighted to welcome such a great champion here for the first time and are thrilled that Kim Clijsters has chosen to include Dubai in her limited schedule as she seeks to continue her wonderful career. She is truly one of the greatest players to have graced the game, and she excelled in the often difficult challenge of being not only one of the game’s strongest competitors but also being universally loved and respected by her peers. We wish her every success here.”

The last time Kim left tennis and came back (as a wildcard, then, too!) she brought not only her talent but her passion for the game and won 3 Slams in 3 years! I’m really looking forward to watching the 36-year-old champion school the baby champs, like 2019 US Open winner Bianca Andreescu, 2020 Australian Open champion Sofia Kenin, and defending Dubai champion Belinda Bencic on exactly how it’s done!

The Dubai Duty Free Championships runs from February 17 until the final on February 22.

Are The 2020 Summer Olympics In Tokyo In Danger Of Being Canceled?
Is The New WTA Rule Allowing Coaching In The Stands Fair For All Players? Um… No.