Yep… I went there!

I checked on Twitter to see if anyone else saw what I saw, and thankfully, there were a few peeps who even recorded a couple of the cheating moments.

How exactly did Millman cheat?

Throughout the match, Millman kept rubbing his balls all over his wet shirt. Okay… that sounded really wrong, lol! But if you saw it, you have to know what I’m talking about.

On Twitter, former Dutch tennis pro Sven Groeneveld actually came out and accused Millman of using this cheap trick to increase the intensity of his serve. Groeneveld saw what I did… that that Millman rolled the balls all over his wet shirt. It’s totally nasty, I know, lol! But the slight wetness will actually increase the speed of the ball by flattening the “fuzz”.

Groeneveld was most recently the coach of Russian tennis star Maria Sharapova, and he has also worked with pros like Caroline Wozniacki and Tommy Haas. That means he knows his sh*t, if you know what I mean!

Here’s another video right below that one by @spaniel77:

Dirty tactics. Plus on court coaching all the time without hiding. Disgrace. Karma worked pic.twitter.com/O5DfDJbvAf

At the moment, there aren’t many other comments about it out there, but you can see with your own eyes in the video footage that he was intentionally rubbing the balls on his shirt.

Yep, it was that obvious! But is it illegal?

So many fans responded to those tweets with lots of misinformation, but the truth is, what Millman did is absolutely illegal.

The ITF Rules of Tennis

According to the USTA Officiating Scenarios And Interpretations Handbook for the ITF Rules used in professional and most league tennis, this scenario applies to Rule 3 in the ITF Rules regarding “The Ball”:

Scenario question: May a player cause a ball to become wet by using the ball to wipe perspiration from the player’s body?

RELATED:
"Everybody Is In The Same Boat" - Martina Navratilova Reacts To Cancellation Of Wimbledon

Scenario answer: No. A player may not take any action that materially changes the condition of the ball; therefore, a player may not use a ball to wipe off perspiration. (Rule3)

It’s disappointing to see cheating at the recreational level, but it’s beyond sad to see such blatant cheating at the professional level. And it’s even sadder that it goes unpunished; either that or the chair umpire is a complete idiot and should be removed from his duties until he learns the rules! 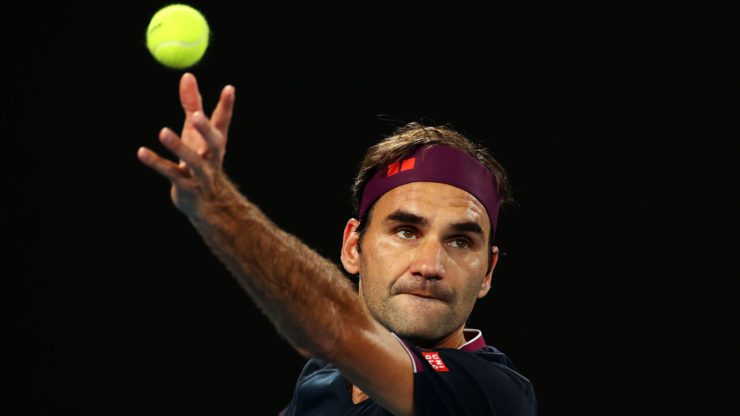 Thankfully, Millman’s cheating didn’t get the best of Roger. He used his experience and mad tennis skills to hold onto the game and win. In his next match, he faces the challenge of Marton Fucsovics of Hungary.

Millman, on the other hand, needs to shape up. You can tell that the Australian knows how to play the game, and might deserve to win a title at some point in his career… but not by cheating.

What do y’all think? Am I right in saying that he cheated, or am I misinterpreting the rule?

Relationship Goals: The Moment Roger Federer Meets Up With His Wife After Surviving A Marathon Match At Australian Open
Despite Himself, Novak Djokovic Makes History With A Big Comeback At 2020 Australian Open