Dominic Thiem locked horns with France’s Hugo Gaston for the quarter-final place in the Philippe Chatrier court in the French Open 2020. In a five-setter marathon, Thiem had to work his way to claim the ticket to the next round. The scoreline read 6-4, 6-4, 5-7, 3-6, 6-3 in favor of the Austrian.

I think it was an amazing match from both of us. His drop shots are just from another planet. He’s going to make a lot of joy in this stadium in the future.

I couldn’t agree more! Gaston has an out-of-this-world weapon with his drop shot! He really made Thiem work for the win. After the long match, Thiem will need some rest before the quarterfinals.

It’s all about recovery now. I had tough last weeks and today was 3.5 hours with lots of sprints and running. So try to use the time well, day off, recover the body as good as I can.

The first set began with Gaston serving. The game proceeded pretty casually with both the players winning 3 games each, however, Thiem drew first blood when he broke Gaston’s service to lead 4-3. Thiem successfully held his service to lead 5-3 in the game.

Gaston came back to the game holding his service to reduce the lead. However, Thiem served for the set and took the set comfortably with 6 games to 4. 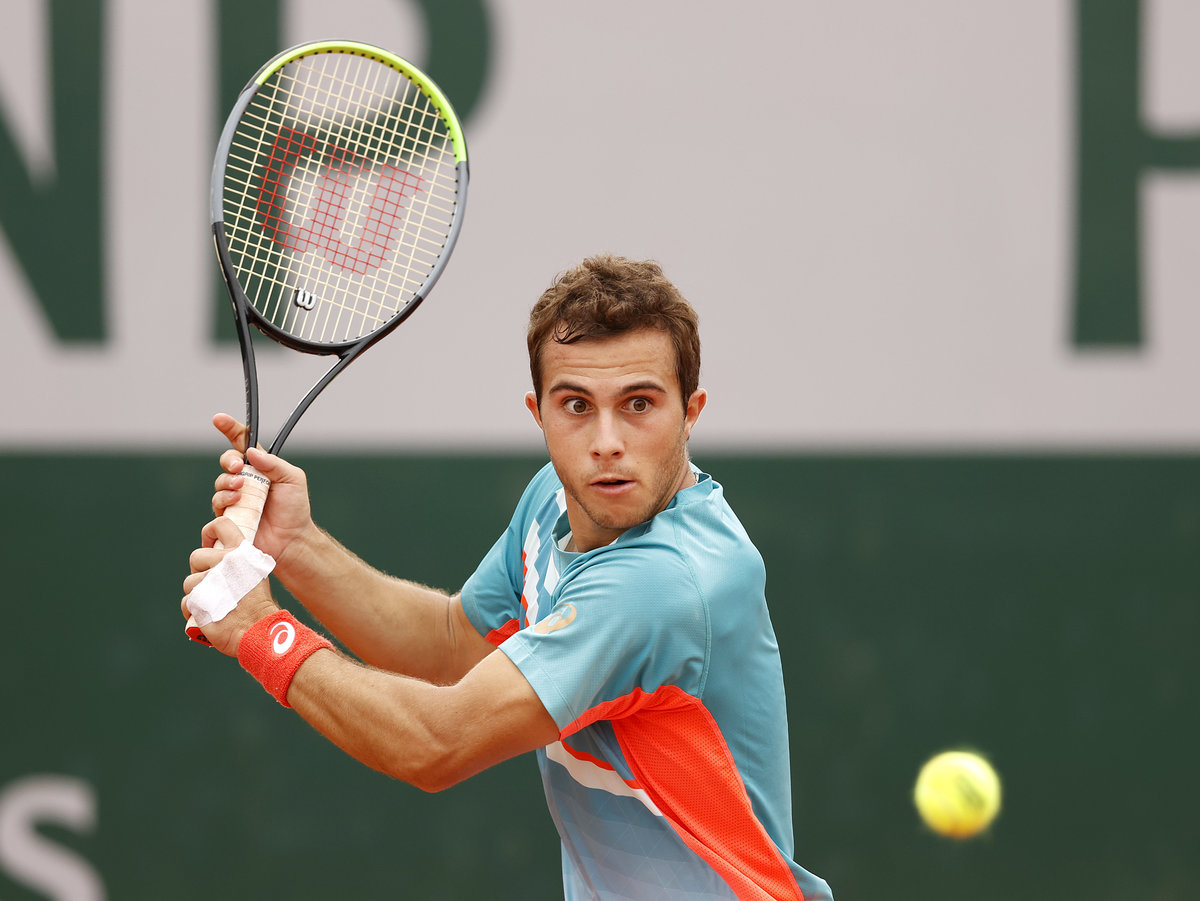 Hugo Gaston made a tremendous comeback, taking the 3rd and 4th sets from Dominic Thiem at the 2020 French Open. | PHOTO SOURCE: Reuters

Hugo Gaston was down by two sets, however, he wasn’t leaving the court without a good fight. Thiem was totally unaware of what would be coming from his opponent. The third set was underway and each one of them took a game each to level the score at 1-1. Gaston went ahead to clinch another game with his service to lead 2-1 before breaking Thiem’s service to gain a considerable lead in the game.

Thiem came back with an answer to break the Frenchman’s service and went on to hold his service to draw the scores level at 3-3. Holding on to their next couple of services, the score crept to 5 games each. Thiem was two games away from victory but Gaston was forcing him to make costly errors.

Gaston and Thiem shared a game each at the start of the fourth set. Gaston went on to lead with his service and stretched the lead by breaking Thiem’s service. He was leading 3 games to 1 and had the service on his side. Taking full advantage of it, he went 4-1 up in no time.

Dominic Thiem was in the back seat for the first time in the match, but managed to hold onto his serve. Unfortunately, Thiem couldn’t break the Gaston’s serve and thus, the Frenchman went on to take the fourth set 6-3.

With two sets each, the game was drawing into the final set. The match was like a swinging pendulum, changing its course with each passing game. The first six games had the men tied 3-3 and neither player was able to get the needed break.

It was the Austrian, however, who made a break for the finish line first. He held on to his service to get 4-3 up against his opponent before breaking Gaston’s service to go two games up. Thiem was serving for the win, and after fighting the Frenchman through a handful of deuces, the victory was finally his!

In case you missed it (or want to see them again!) here are some great highlights from the match!

‘I Don’t See It As Disrespectful’: Rafael Nadal On The Underhand Serve After Receiving One At 2020 French Open
Underdog Diego Schwartzman Reveals Strategies He Used To Take Down Dominic Thiem