SPEED fans are in for a special treat. HEAD celebrates the 10-year anniversary of its most successful racquet silo with a special limited edition racquet: the SPEED X.

Based on the characteristics of the SPEED silo and with a luxurious new design, the SPEED X pays a special tribute to the tennis racquet series which many iconic tennis stars play with, such as Novak Djokovic, Nikoloz Basilashvili, Fernando Verdasco and Ashleigh Barty.

Made for players who need the fastest racquet for their game, the SPEED X is based on the technical specifications of the GRAPHENE 360 SPEED series. It features the Graphene 360 technology, which provides greater stability and optimized energy transfer for more power, thus more ball speed. But the true head-turner is the luxurious special design. The SPEED X follows the asymmetric SPEED design identity, but scores with a combination of glossy and matte black and a unique radiant SPEED logo execution in gold. The SPEED X anniversary package also comes with a matching dampener and an extra set of LYNX strings making it the perfect collector’s item for SPEED fans and design enthusiasts alike. 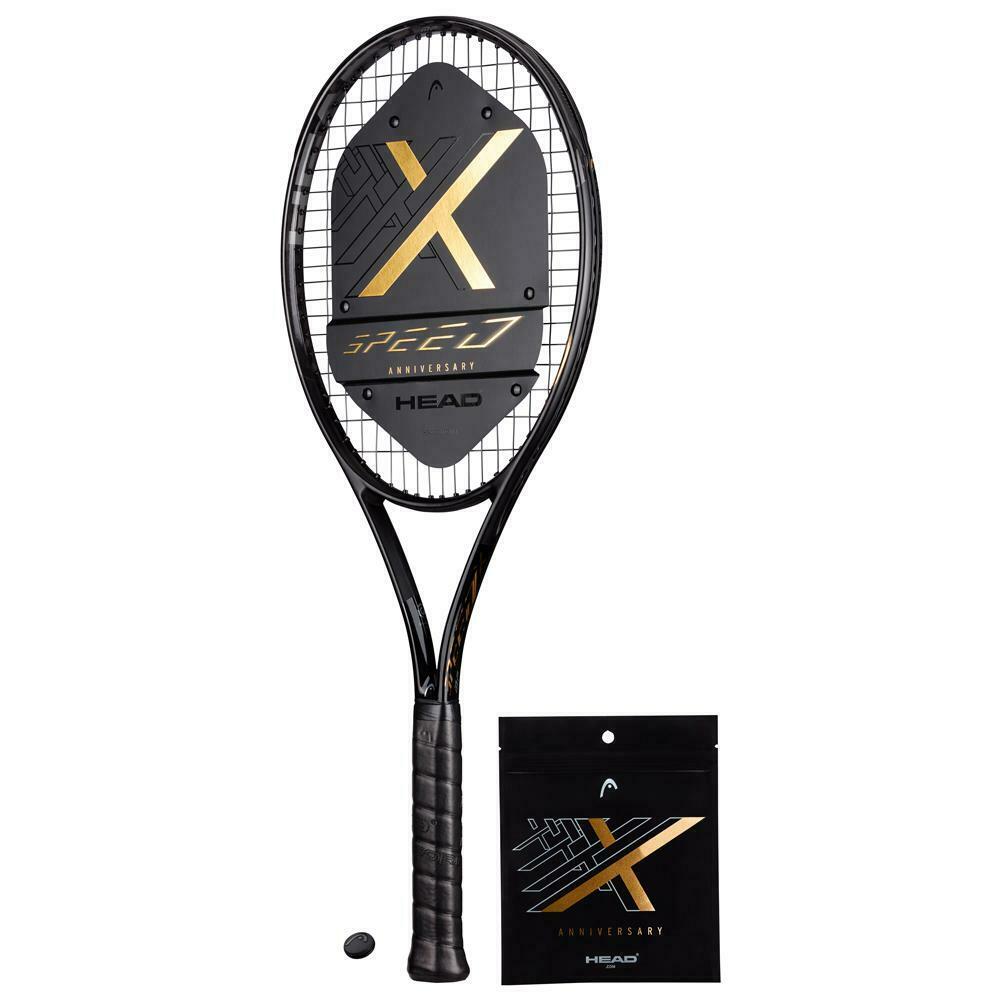 The all new HEAD Speed X (MP) racquet with accessories.

The SPEED X is available in two different models. While the SPEED X S is the perfect racquet for the intermediate player, the SPEED X MP is the ideal choice for advanced tournament players. The 10-year-anniversary SPEED X racquet is available in a limited edition at selected retailers and online as of August 22, 2019.

You may also like...
Related Topics:gear and accessories, HEAD