A ballgirl holds a tennis balls during the quarterfinal match of Jelena Ostapenko of Latvia against Elina Svitolina of Ukraine at the 2018 Miami Open. | Photo Source: Mario Houben/CSM/Sipa USA.

This year marks the 36th Miami Open tournament, running from 22 March until 4 April. The WTA first-round action starts on 23 March and the ATP event gets underway the following day.

The first event in 1985 was staged at Delray Beach, Florida, before moving to Boca West for a one-off tournament the following year. From 1987 until 2018, the Tennis Center at Crandon Park in Key Biscayne was the venue with the Hard Rock Stadium in Miami Gardens taking over the hosting rights in 2019.

Crandon Park had been viewed as being in too bad a state of decay and the modern, big-capacity, glamorous Hard Rock Stadium got the nod.

The 65,000-seat capacity venue is also home to the NFL’s Miami Dolphins, but only 14,000 seats are used for the tennis in normal circumstances. You can expect the crowd capacity to be well below that because of COVID.

The tournament was one of the events that fell victim to COVID in 2020 as it was cancelled, so the defending champions are actually from 2019.

In the ATP Masters 1000 final, Roger Federer beat the then defending champion John Isner 6-1, 6-4 to win the title for a fourth time. Federer, though, won’t be back to defend his title as he has opted to focus on his training.

RELATED:
Tennis Fans Can Now Buy A 5-year Pass For Wimbledon's Centre Court For A Reported $132,000 — And That's Probably Still A Bargain

On the WTA 1000 (formerly Premier Mandatory) side, Ashleigh Barty won her then biggest title with a 7–6 (7–1), 6–3 victory in the final over Karolina Pliskova.

The absentee list is quite long as none of the “Big Three” will play in Florida. Novak Djokovic, Rafael Nadal AND Roger Federer have all opted to skip the event.

Also missing in action on the men’s side will be world No. 4 and reigning US Open champion Dominic Thiem, Matteo Berrettini, Nick Kyrgios, Stan Wawrinka, Kyle Edmund, Gael Monfils and Borna Coric.

On the WTA side, eight-time champion Serena Williams is the biggest name missing.

The big names have dominated the event over the years with Andre Agassi winning six titles and Pete Sampras two between 1990 and 2003. Roger Federer and Novak Djokovic have ruled the roost since then with former claiming four trophies and the latter winning a record-equaling sixth title in 2016.

Two-time winner Andy Murray and 2018 winner John Isner are the only former champions in the 2021 draw. 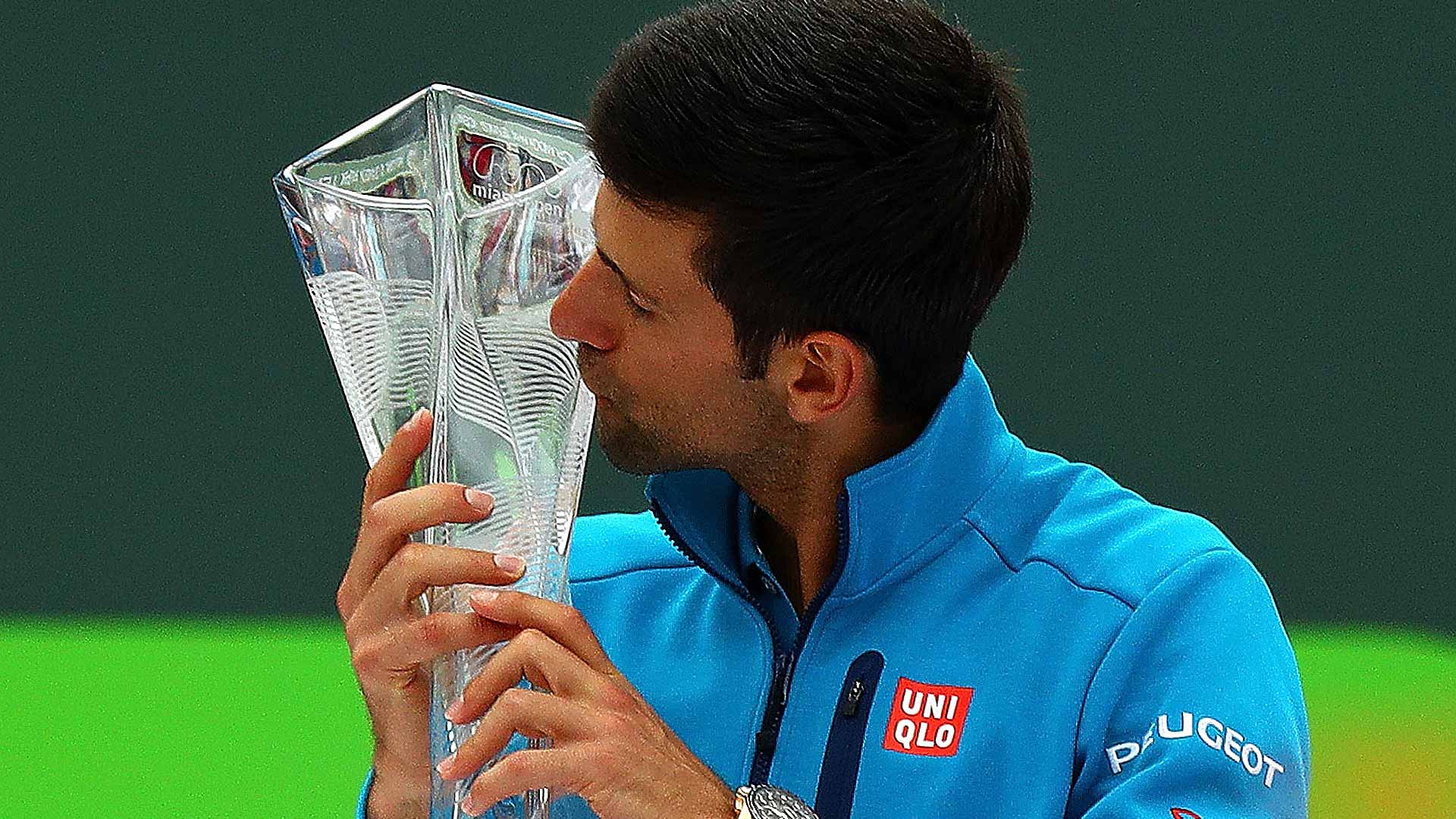 Steffi Graf (5), Monica Seles (2) and Arantxa Sanchez Vicario dominated during the first decade before Martina Hingis and Venus Williams won five titles between them from 1997 until 2001.

After that it was Serena Williams time as the American won a record eight titles, although Victoria Azarenka also managed to pick up three trophies.

RELATED:
Despite Past Criticism, FFT Is Poised To Revise 2021 French Open Schedule

Daniel Evans is the only seeded Brit at No 19 with Cameron Norrie, Andy Murray (wildcard) and Jack Draper (wildcard) also in the main draw.

Johanna Konta is seeded 17th and the British No 1 is joined in the main draw by Katie Boulter (protected ranking) and Heather Watson.

Then on Wednesday, March 26, ESPN picks up coverage and will air 20.5 hours of live action starting at 1:00pm (ET) with the Men’s and Women’s Quarterfinals on ESPN2.

Slinger Bag and Wilson Sporting Goods Co. Team Up For A Winning Collaboration
Novak Djokovic Joins Rafael Nadal and Roger Federer On The Sidelines As He Withdraws From 2021 Miami Open