The wave of tournament suspensions continues after the All England Lawn Tennis Club (AELTC) finally gave in to the inevitable situation and canceled the Wimbledon Championships 2020 due to the coronavirus pandemic. The news sparked emotional responses from countless players, including the nine-time Wimbledon champion Martina Navratilova.

The deadly coronavirus has already wreaked havoc on the tennis calendar with no certainty over the future. Navratilova explained that while she was disappointed over the cancelation of the oldest Grand Slam, the decision was not unexpected. She figured it out a month ago that the Wimbledon Championships 2020 would have to be suspended; however she couldn’t see how it could be rescheduled.

In an interview with Tennis Channel, Navratilova said:

“Tennis is a luxury hopefully we’ll get to watch these amazing players play again. But right now it’s about staying safe, staying healthy and trying to do your part.”

She went on to explain that the suspension of the tennis tour is tough for every player. Both young and old players will be affected due to the crisis — and not just financially.

According to Martina, the youngsters like Coco Gauff are missing out on improving their games by being matched up against higher-ranked players.

“That’s where you make big improvements when you’re that young. The middle players are kind of stuck.”

She also explained that for the older players like Roger Federer and Serena Williams, time is not their friend. They are both nearing the end of their tennis careers and pretty much lost an entire year to add another Slam or two to their already incredible records. 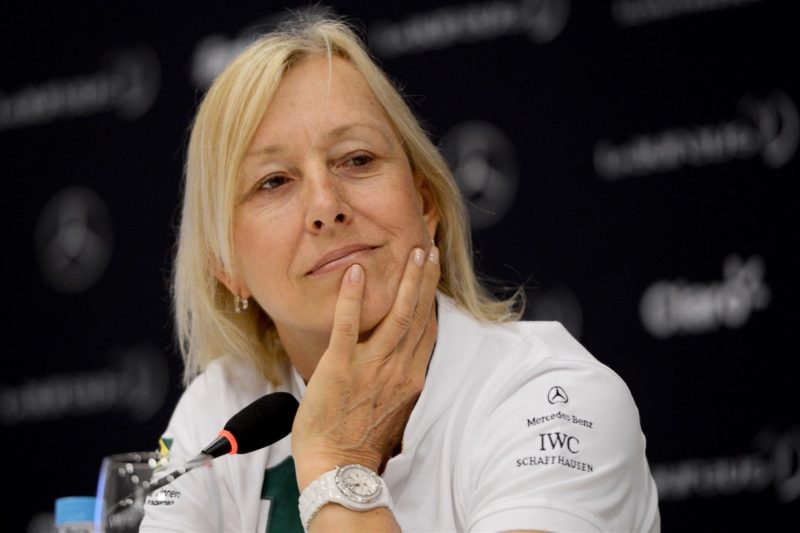 “I can’t imagine if I was still playing. Let’s say I’m in my thirties and I want to play… to go through this is like, I’m such a goal-oriented person and now you have no goal because you don’t know what’s going to happen.”

Martina is spot on in her explanation as there seems to be quite an uncertainty among the players. The players don’t know which tournament will be next, on which surface, or when it will be.

All we can do now is hope that the coronavirus passes soon so we can get back to our lives, and the players can get back on the courts.