From the first moment I picked up a racket, I knew that tennis was the sport for me. I started taking lessons and drills, and soon, joined my first recreational team (B-5 level) so I could use the skills I was learning in actual match situations.

Though I loved my teammates like family, there came a time when I realized that my skill level was far beyond the league level. I was poaching, slamming overheads, and had (still have) a wicked serve. I was also accused by opponents that I was sandbagging. Pfffft! I had only been playing for about 1-1/2 years and had never even heard the word before!

So, I was torn. I loved my teammates…but I wanted to use my badass new skills and be challenged on the courts, which meant moving up to a higher level.

RELATED:
An Energy Drink Does Not A Cheater Make

I talked to my team about their aspirations to move up, but there were none. Not a single teammate was in it for the competition, just the fun. Out of guilt, I stayed for another year, playing on line 1 and winning every match. And I was miserable.

I found myself not using much of what I was paying hard-earned money to learn in drills and private lessons, just so I didn’t piss off any opponents and get accused of “sandbagging”. And I found out the hard way the true meaning of the phrase “If you don’t use it, you lose it.” In my lessons, my coach noticed I was less consistent with my shots and called me out, saying that staying behind because of my team was actually hurting my game. Her advice? Move up to a new level and new team…my teammates would understand and support my decision. And they did.

Long story short (too late, I know, lol!) don’t be like me and waste your time AND money staying on a lower-level team just to be with your teammates. You’re working too hard and paying too much to be the best tennis player you can be. Sure, they will miss you but if they really are your friends, they will respect your move and be happy for you that you are achieving your tennis goals. 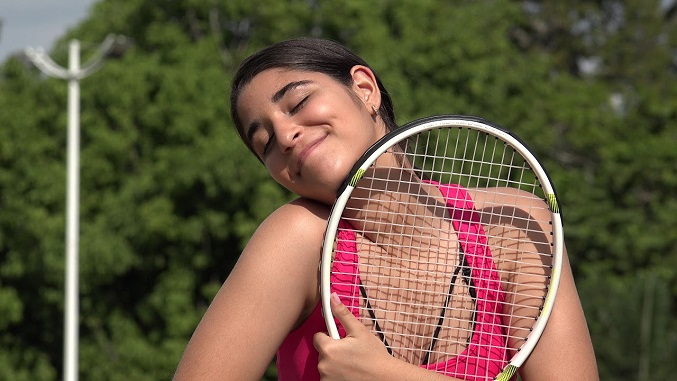