I’ve always wondered why the pros get new balls during their matches. I mean, what’s the big deal? It’s not like they will pop like little fuzzy yellow balloons if they’re hit too many times. But then I see these photos, and it’s all too clear.

The above photo shows Maria Sharapova hitting a backhand during a match at the 2015 BNP Paribas Open in Indian Wells.

What? You can’t see the ball? It’s on her racket!

Below a closeup of the same photo. You can see the once fuzzy sphere is nearly crushed flat! The strings are stretched past the racket frame, and the misshapen ball is visible both in front and back of the racket frame.

RELATED:
IDAWEN | Tennis Bags As Unique As You Are 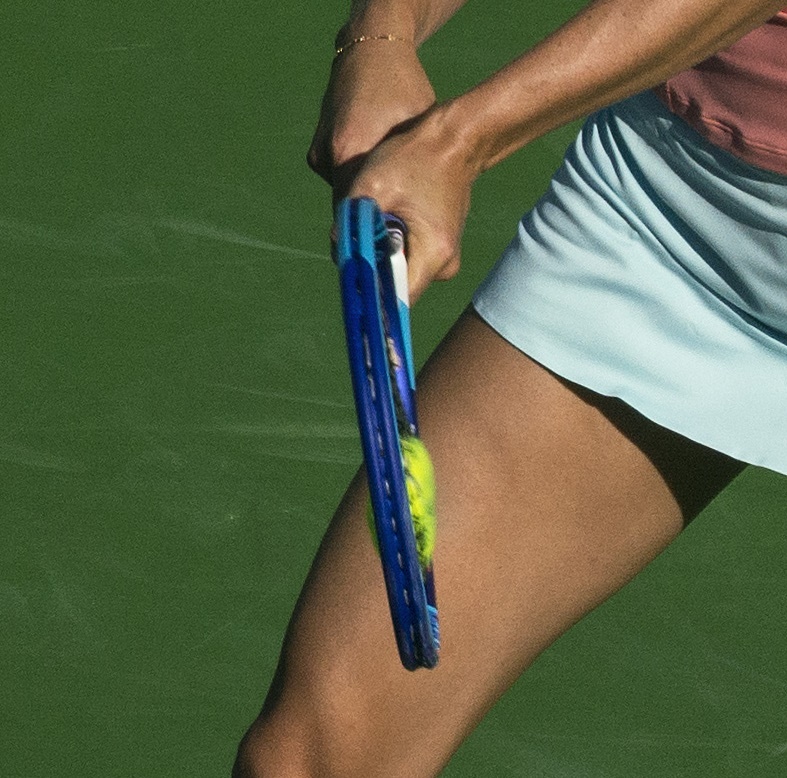 What happens every time Maria (or anyone, really) strikes the ball, is that immense pressure is applied to the ball, causing it to flatten against the strings, and to leak tiny amounts of pressurized air from inside the ball. One solid smack doesn’t really do anything to the ball, but the repeated abuse it takes during a match does, which is why all balls are changed after the first seven games (the warm up counts as two games), and every nine games after that.

Who knew? Well, now you do!

You may also like...
Related Topics:cool tennis facts, gear and accessories

Respect Your Sweat… Wristpect Yourself!
Sony Brings Its Cutting Edge Technology To Tennis With The Smart Tennis Sensor