And now, at 31 years old, Joe hasn’t touched a tennis racket since graduation. He’s been way too busy. Doing what, no one really knows.

Standing at six foot four, Joe likes to tell people how tall he is, and brag about his impressive wingspan. He doesn’t go to the gym, but does own some weights (of course, Joe will never admit that he hasn’t touched them since the Summer of 2010.)

But if you ask Joe if he could win a point against perhaps the greatest female tennis player of all time, Serena Williams, and he’ll shock you with a “Hell yeah!” 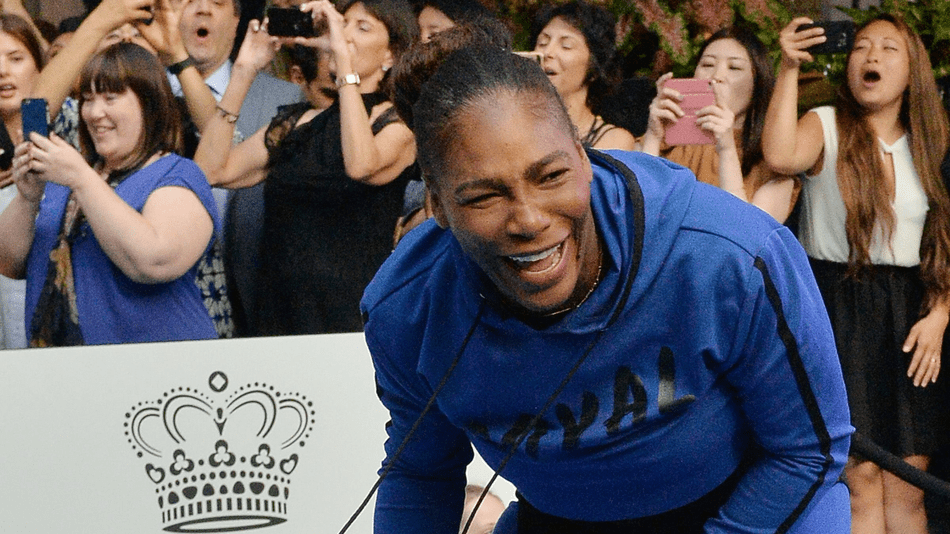 We’re laughing with you, Serena.

(For those of you who may have missed it, a recent YouGov survey showed that one in eight men — just your average Joe’s, including those who don’t play or even like tennis — said they think they’d win a point against Serena. One in 33 women thought the same.)

Excuse me, Joe… but are you aware that Serena Williams is THIS woman? 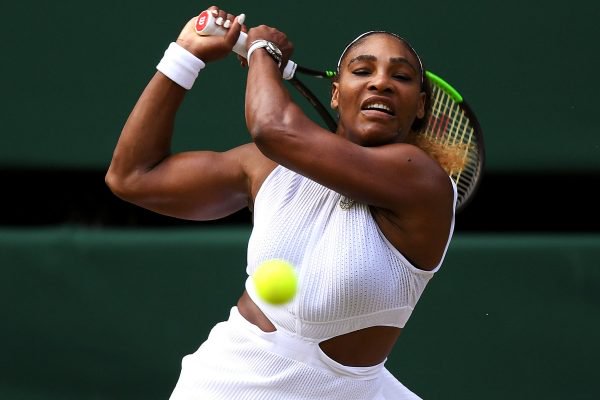 Just in case there was any confusion, we double checked and this is definitely Serena Williams. Image via Getty.

Serena has the fourth fastest women’s serve in history, at 128.3 mph. The entire shot, from when the ball leaves her racket to when it lands in front of her opponent, takes less than one-third of a second. If Joe even thinks about blinking, he’ll miss it.

RELATED:
Things That Only Tennis Fans Will Understand

As we see it, the first thing Joe should do when confronted with that serve (if he had fully operational reflexes and wasn’t a complete idiot) is get out of the way because that ball is going to really hurt when it hits him.

But, how does Joe see it?

“Of course I could return it!” he shouts. “You’re crazy!”

“My friend played high level tennis when we were in college and I’m pretty sure I remember returning his serve. Yeah… and that must’ve been faster than Serena’s. He was 17 and the best player in our whole entire school!”

Let’s go ahead and conclude that Joe couldn’t possibly return Serena’s serve, mostly because he’d have trouble even seeing it, given the speed at which it’s traveling. His only hope would be for Serena to double fault, which, of course, she wouldn’t do.

As for his serve, Joe seems a tad overconfident: “I have a pretty good serve”.

No, you don’t, Joe. You haven’t hit a tennis ball in a decade.

RELATED:
10 Incredible Records In Tennis That Will Never Be Broken

“I reckon I could ace Serena,” he remarks, his facial expression suggesting he isn’t joking. 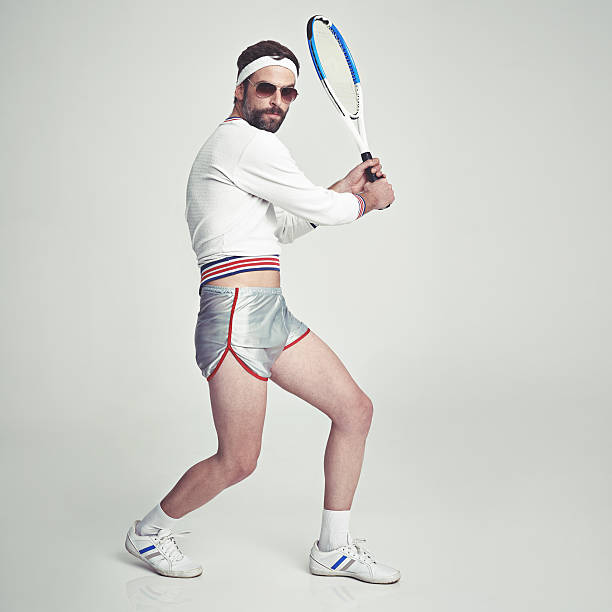 To be clear, the best female tennis players on the planet struggle to ace Serena. Novak Djokovic, the men’s world number one, would be lucky to ace Serena. He serves around 130 mph, which, interestingly, isn’t all that much faster than Serena’s.

“What you’re forgetting,” Joe says, leaning back in his chair, “Is that my wingspan allows a greater swing at the ball, and that’s an advantage I have over Serena.”

Hold on while I find a pic of Serena’s arms… 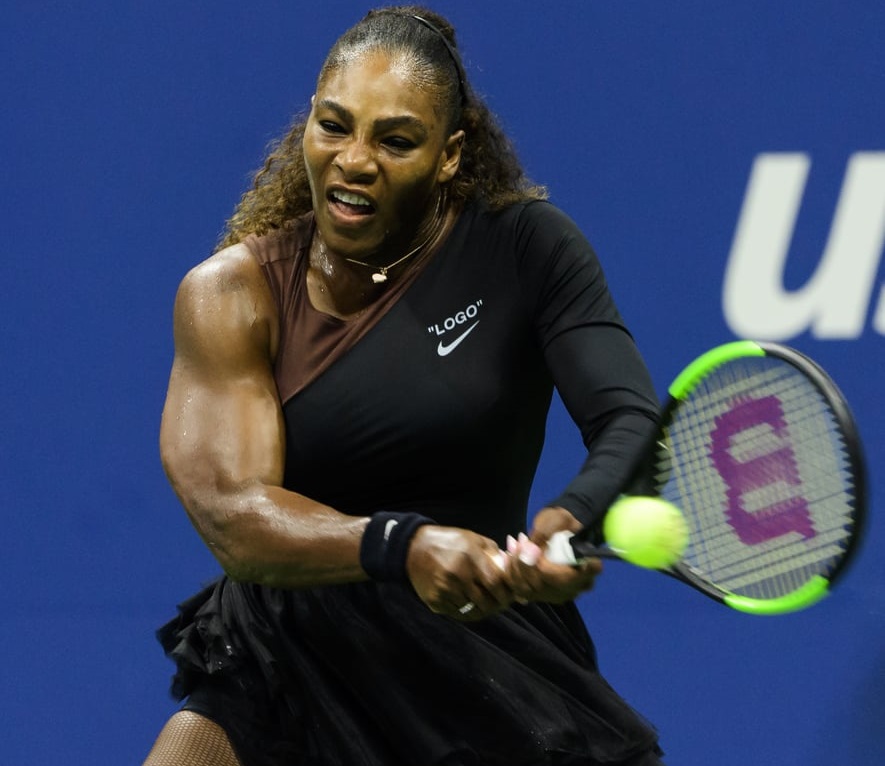 OK, now… what was that about your wingspan? 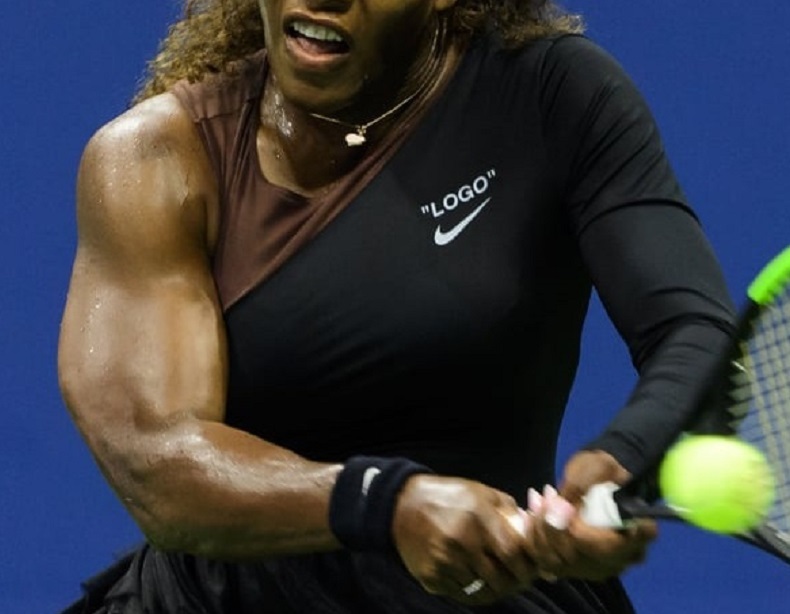 Did you say that your wingspan allows you more momentum? Is that what you said? 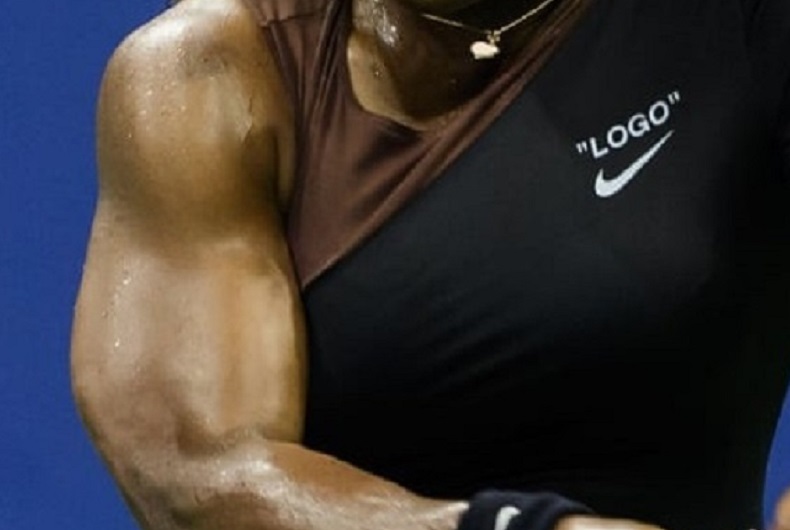 MORE MOMENTUM THAN THIS?!

No one is acing those arms, you fool.

But for giggles, let’s assume for a brief moment that Joe does get a serve by Serena… Pfffttt! What am I saying… there is no world in which Serena isn’t returning that sorry-ass serve. To the other side of the court. Which Joe can’t make. Because he’s flat footed and has a weak core and spaghetti arms… and the dude can’t remember the correct grip!

But Joe persists… “Three sets! You think I couldn’t get one point on Serena in three whole sets?!”

That’s exactly what we think, Joe.

Just like you wouldn’t be able to score a goal against Cristiano Ronaldo, or hit a better drive than Tiger Woods, or win a round against Floyd Mayweather Jr., you would never ace Serena Williams.

But I would pay very, very good money to watch you try.

You may also like...
Related Topics:everything else, humor, Serena Williams

Comedian Jimmy Fallon Teams Up With Tennis Stars To Prank The Press, And It’s As Funny As You Think
Show Off Your Halloween Spirit At Your Halloween Home League Match